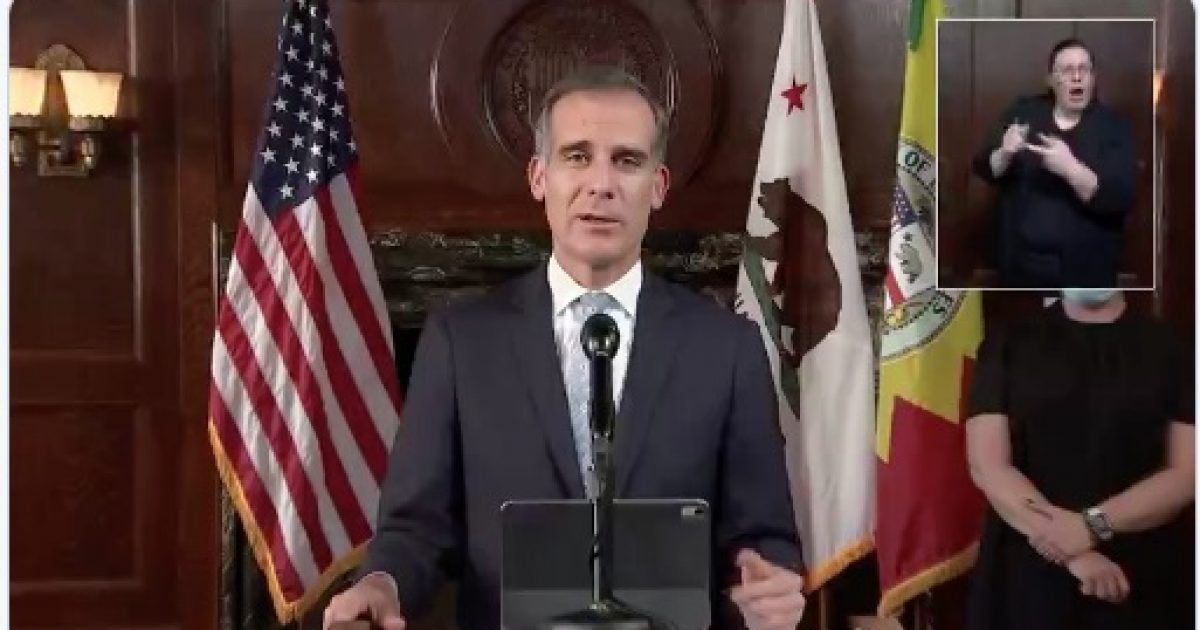 Instead, Garcetti plans to give money to the black community.

The moves by Garcetti and the Los Angeles City Council to reduce spending for the police department and allocate funds elsewhere are in response to the tragic death of George Floyd.

Today we intrdcd a motion to cut funding to the LAPD, as we reset our priorities in the wake of the murder of #GeorgeFloyd & the #BlackLivesMatter call that we all support to end racism. This is just one small step. We cannot talk about change, we have to be about change. pic.twitter.com/hR1tBAqwHP

BLM-LA cofounder Melina Abdullah says L.A. needs to go further with pulling money from the LAPD to fund other services, saying council and mayor "need to know that we’re fighting for truly transformative change here and won’t be bought off with just this minimal amount of money.”

The decision by Garcetti is not surprising since he has already placated protesters by kneeling with them.

Of course Eric Garcetti took a knee. How else was he going to lick the LAPD's boots? pic.twitter.com/cNAc1mv9qG

Cutting the police department’s budget will backfire on the citizens of Los Angeles.

The decision to end additional funding for the Los Angeles Police Department will further endanger LA’s residents and businesses in the city.