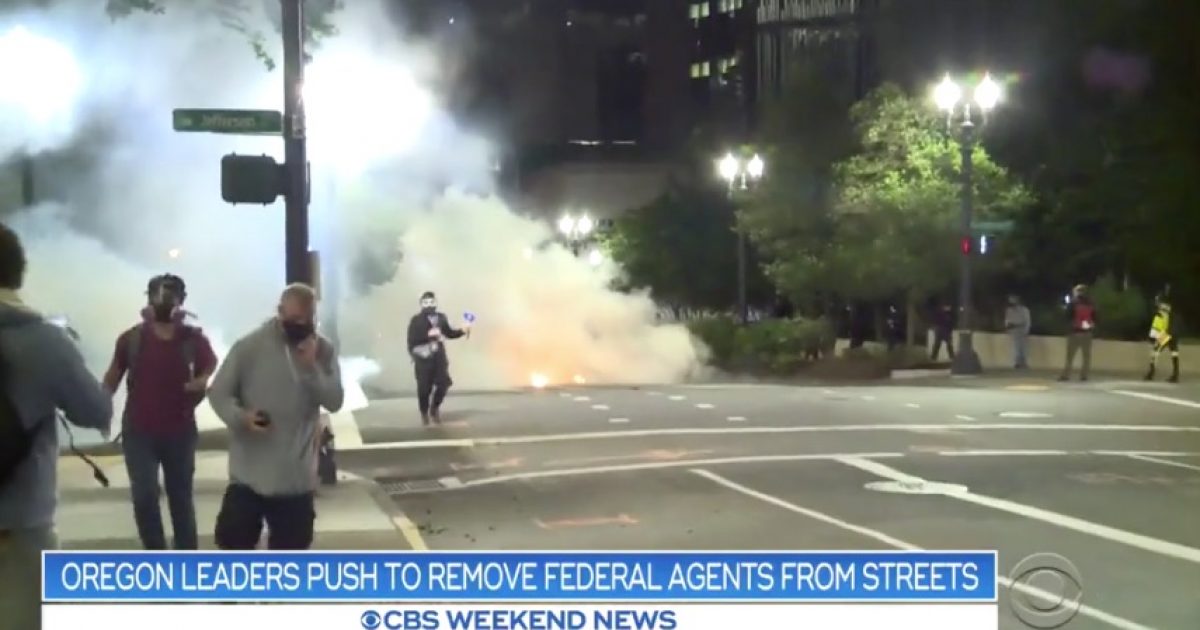 Wheeler is blaming the deployed federal agents for the violence.

Violent protestors have taken over the streets of Portland for nearly 50 days, resulting in looting, vandalism, arson, and attacks on police officers.

Federal agents were deployed to restore law and order, however, Wheeler is complaining about their presence, saying, there’s “more violence” in Portland because of them.

“What’s happening here is we have dozens, if not hundreds of federal troops descending upon our city and what they’re doing is they are sharply escalating the situation. Their presence here is actually leading to more violence and more vandalism.”

Speaker Nancy Pelosi (D-Calif) was outraged over the tactics of arrests in Portland, Oregon, and called federal agents from the Department of Homeland Security “stormtroopers” in response to their effort to bring order and protect federal buildings including a courthouse in Oregon.

Despite the outrageous criticism from Wheeler, Pelosi, and other Democrats over the presence of federal agents, Portland Chief of Police Chuck Lovell called “for an end to nightly violence.”

I join with those calling for an end to nightly violence. I am proud of the dedicated men and women of the Portland Police Bureau. I'm grateful for the community who have come out in support.

Acting U.S. Customs and Border Protection Commissioner Mark Morgan called out Wheeler in an interview and commented about the violence on social media.

Law and Order – a cornerstone of American society – is under siege in Portland. https://t.co/TjsvRzHpWT

.@CBP federal agent injured by a deadly weapon used by criminals in Portland. They also tried to set the building on fire with personnel inside. To justify or deflect this criminal behavior is idiotic and dangerous. pic.twitter.com/X3FxBTK9Me

Agitators in Portland are criminals, not protesters. Last night, they:
◾ Removed fencing around Federal property to use as barricade
◾ Threw frozen water bottles, hard objects & flaming object
◾ Continue to use social media to initiate hostile actions against Federal agents

President Trump defended his actions in Portland on social media.

We are trying to help Portland, not hurt it. Their leadership has, for months, lost control of the anarchists and agitators. They are missing in action. We must protect Federal property, AND OUR PEOPLE. These were not merely protesters, these are the real deal!

Wheeler’s lack of leadership exacerbated the ongoing violence on the streets of Portland.

Clearly, Wheeler’s words and lack of action to deter the violence while blaming federal agents is reckless, irresponsible, and outright dangerous.