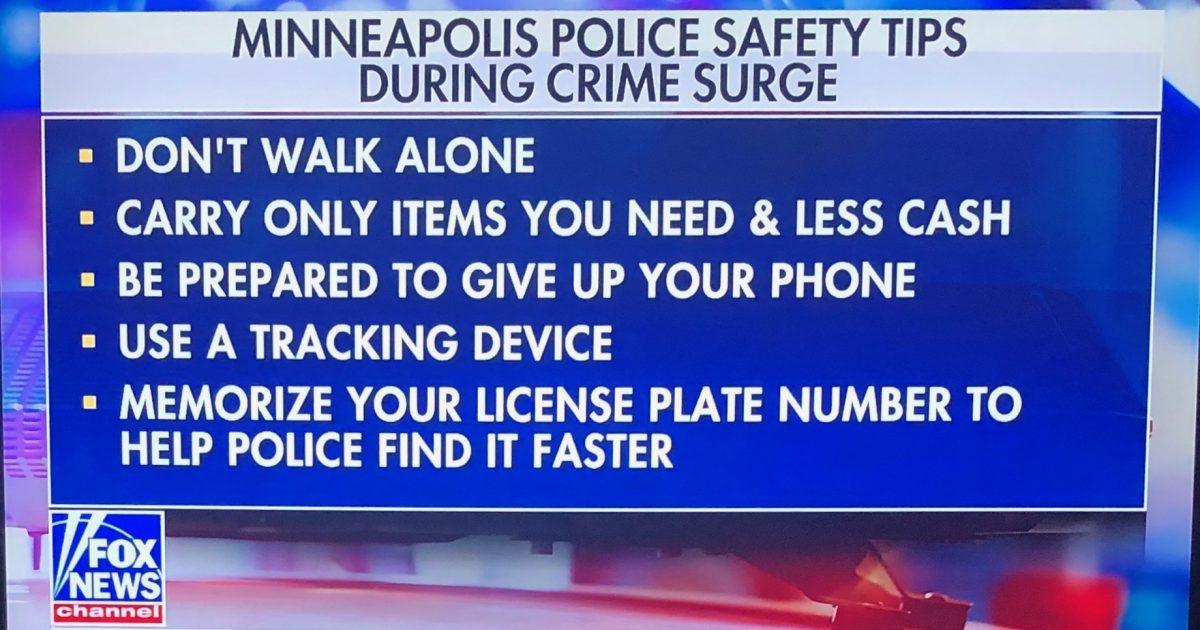 The Minneapolis Police Department is advising residents to obey criminals and “Do as they say.”

Minneapolis is experiencing a surge in violence since the death of George Floyd earlier this year while in police custody.

Following Floyd’s death, protests escalated to riots resulting in the destruction of property and unsafe streets.

Criminal activity in Minneapolis is escalating and the response time from the police has slowed down or is nonexistent.

In response to the rise in crime, the Minneapolis Police Department issued suggestions to citizens on how to be prepared if confronted by criminals including telling them to “Do as they say.” 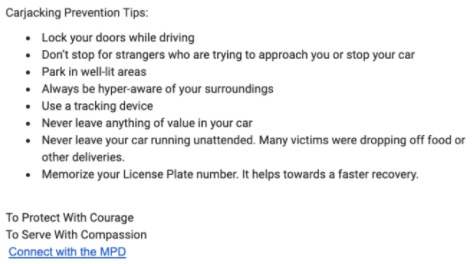 “Be prepared to give up your cell phone and purse/wallet,” the police said in their email, a copy of which was obtained by Alpha News. The email said citizens should listen to criminals and “do as they say.”

Yes. We are going to dismantle the Minneapolis Police Department and replace it with a transformative new model of public safety. https://t.co/FCfjoPy64k

“the private security details have cost the city $63,000 over the past three weeks.

The three council members who have the security detail..have been outspoken proponents of defunding the Minneapolis Police Department.”

The hypocrisy of Minneapolis City Council members all in to defund and disband the police while making sure they are safe with private security at the tax-payer’s expense is totally outrageous.

Citizens of Minneapolis are essentially on their own to obey criminals and the actions by their city council is making the streets dangerous.

The people of Minneapolis need to stand up and vote the city council out of office.