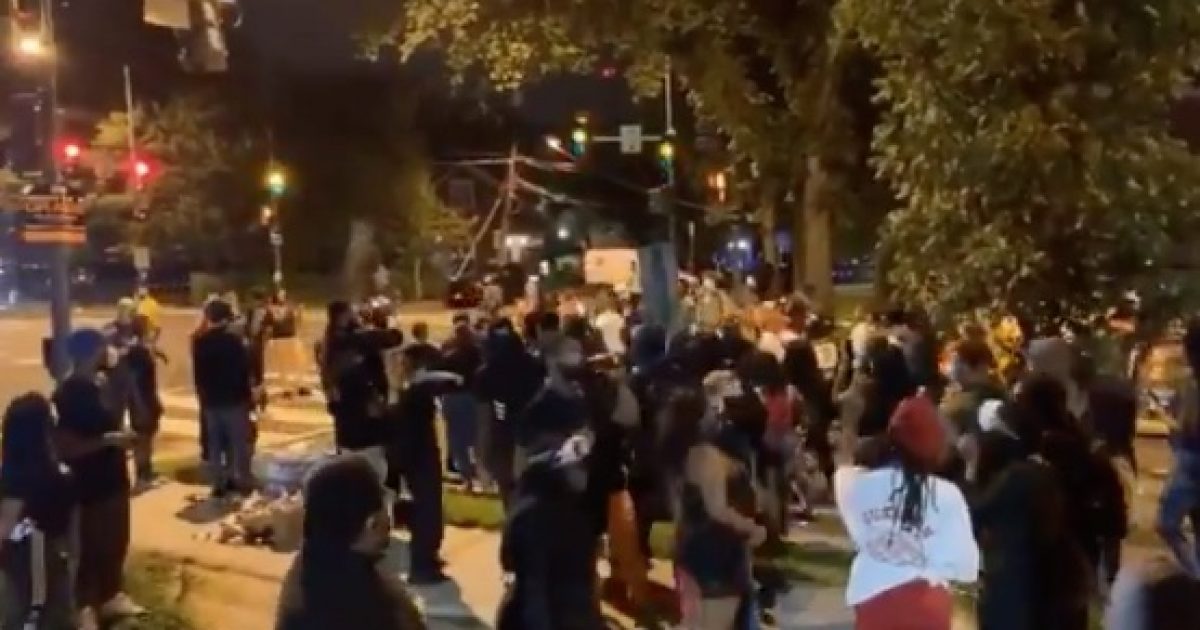 Pending investigation, Kay is alleged to have run away from the police and pulled out a gun.

The mob chanted outside of Bowser’s home.

The radical mob also gathered outside of the police station.

Democrat mayors across the country are in the crosshairs of the mob.

Ted Wheeler wrote to neighbors in his building to say it would be “best for me and for everyone else’s safety and peace” for him to move from the building that rioters tried to torch on his 58th birthday Monday, according to The Oregonian.

Although President Trump is willing to help stop the violence by sending in federal law enforcement if requested, Wheeler refuses.

Today, I sent this letter via email to @realDonaldTrump declining his recurring offer to aid Portland by sending federal enforcement to the city. https://t.co/W85EDfriyk pic.twitter.com/CC1IWTp5k8

Chicago Mayor Lori Lightfoot ordered police to protect her home by blocking demonstrators on the block where she lives.

According to The Chicago Tribune, protesters will be arrested for violating her decree.

Lightfoot defended her decision saying, “I have a right to make sure that my home is secure.”

The mayor added, “…I make no apologies whatsoever” for protecting her home and family.

Chicago Mayor Lori Lightfoot: "We have a right in our home to live in peace." pic.twitter.com/BcZU58hMKI

Facing public criticism is part of the job, she said. But she said the exposure of her home address, combined with threatening messages on the street and in her email inbox, has left her feeling unsafe.

New York City has a lot of problems but Mayor Bill de Blasio had a parade of angry protesters honking their horns outside his residence over the constant sound of illegal fireworks in the streets.

Hundreds are protesting outside Gracie Mansion in #Manhattan right now after @NYCMayor refuses to do anything about the insane fireworks the last few weeks plaguing NYC. Residents can't sleep, so they decided to not allow Deblasio to sleep tonight either. pic.twitter.com/Kom1X7PTPM

Our message tonight was simple: Mr. Mayor, if we can’t sleep, you won’t sleep. pic.twitter.com/7UuWnLfyrg

With all of the appeasement by Democrat mayors, from allowing chaos and destruction to painting Black Lives Matter murals on streets, it looks like the radical mob is eating their own.