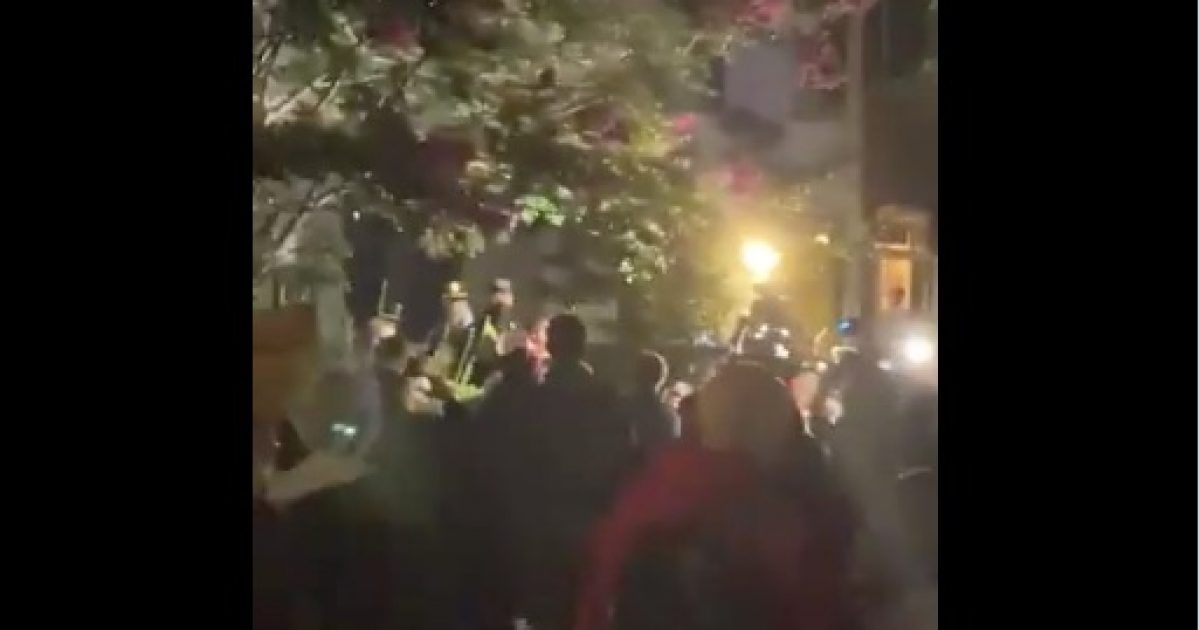 Protesters are targeting Republican Senate leaders over the possibility of President Trump filling a Supreme Court vacancy after the death of Justice Ruth Bader Ginsburg.

Banging drums, shouting slogans and flashing lights, dozens of protesters amassed outside Graham’s home in Washington in the early morning hours Monday as Capitol Police tried to keep them off the lawmaker’s property.

So how did your Monday start? Stand with me against the mob: https://t.co/5iOnCoCB4e pic.twitter.com/nZzz14ngr0

HAPPENING NOW. Outside Sen Lindsay Graham’s house in DC. Call to “wake him up.” pic.twitter.com/PqQJoxsBMK

DC police cleared the area around SC @LindseyGrahamSC house in DC around 7 am following a sunrise protest.

A large group showed up before the sun came up to demand that Graham, chair of the Senate Judiciary Committee, not confirm another Trump appointee.

No arrests were made. pic.twitter.com/xTMt3rqNYV

Protesters also gathered outside of Senate Majority Leader Mitch McConnell’s home in Kentucky over the weekend.

About 100 protesters gathered outside McConnell’s Louisville home on Saturday after he said he would push for a Senate vote on filling the seat with the presidential election is less than seven weeks away, the Louisville Courier-Journal reported.

Democrats are using intimidation tactics to pressure Senate Republicans from doing their job.

Protesting at the Senate or a public space is one thing but targeting homes is a different level of activism that is more personal and disruptive to an entire neighborhood.

No matter the reaction by protesters, President Trump is expected to name a Supreme Court nominee later this week.