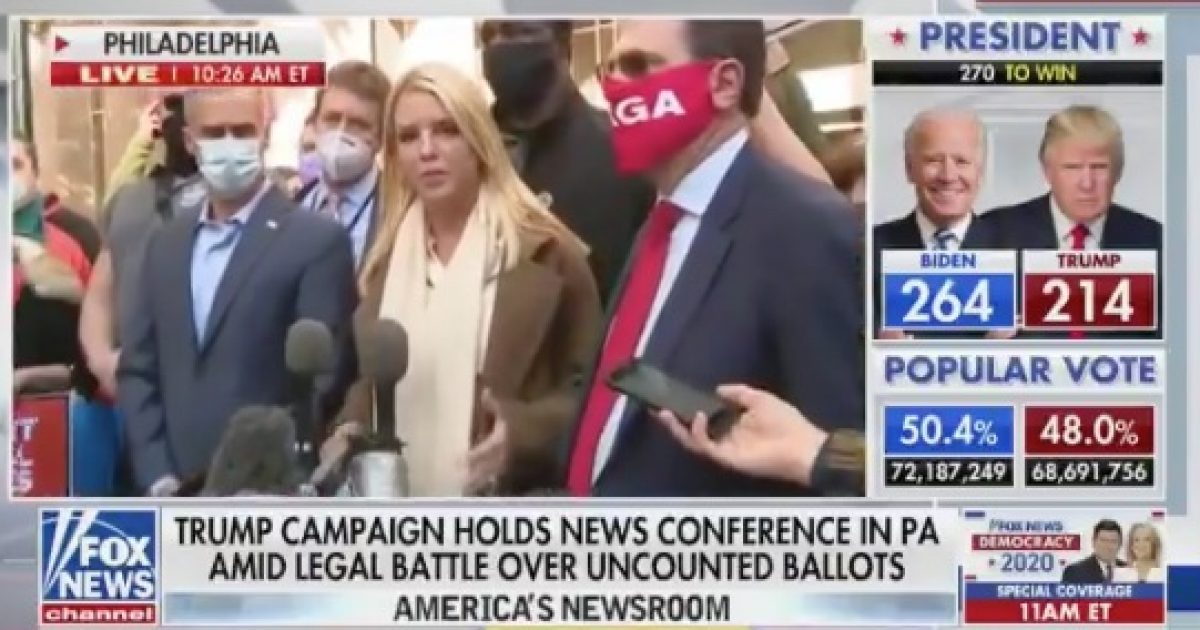 The appellate court in Pennsylvania on Thursday granted President Trump’s campaign the right to suspend ballot-counting until they can observe the ballot counters.

Trump campaign officials made the announcement during a press conference.

Former Florida Attorney General @PamBondi: “We plan on entering that building right now and legally observing the voting process. If there is one illegal vote that is cast, it takes away from the great men and women of Pennsylvania who came out to vote legally.” pic.twitter.com/ZSaveXvWHp

Campaign officials filed the lawsuit on Wednesday due to a lack of access and transparency over ballot counting.

With the 2020 race tightening and Joe Biden leading in the Electoral College, Trump’s campaign filed a lawsuit in the Keystone State on Wednesday demanding vote counts be stopped until the campaign was given better access at polling sites.

Others, including President Trump, responded on social media.

🚨Here’s the Order we discussed on our @realDonaldTrump campaign call this morning.🚨 pic.twitter.com/ltO9v85BXU

Pennsylvania’s Democrat Secretary of State, Kathy Boockvar, is trying to get away with a flagrant violation of state law.

The RNC and @TeamTrump have filed suit in state court to fight back! (1/3)

President Trump called for all ballot counting to stop over alleged fraud concerns.

On Thursday, however, a Georgia judge dismissed the campaign’s lawsuit.

A judge in Georgia has dismissed a lawsuit by the state Republican Party and President Donald Trump’s campaign that asked him to ensure a coastal county was following state laws on processing absentee ballots.

As the fight for the battleground states continue, President Trump and his campaign continue to fight for transparency over the handling of ballot-counting and voter fraud concerns.