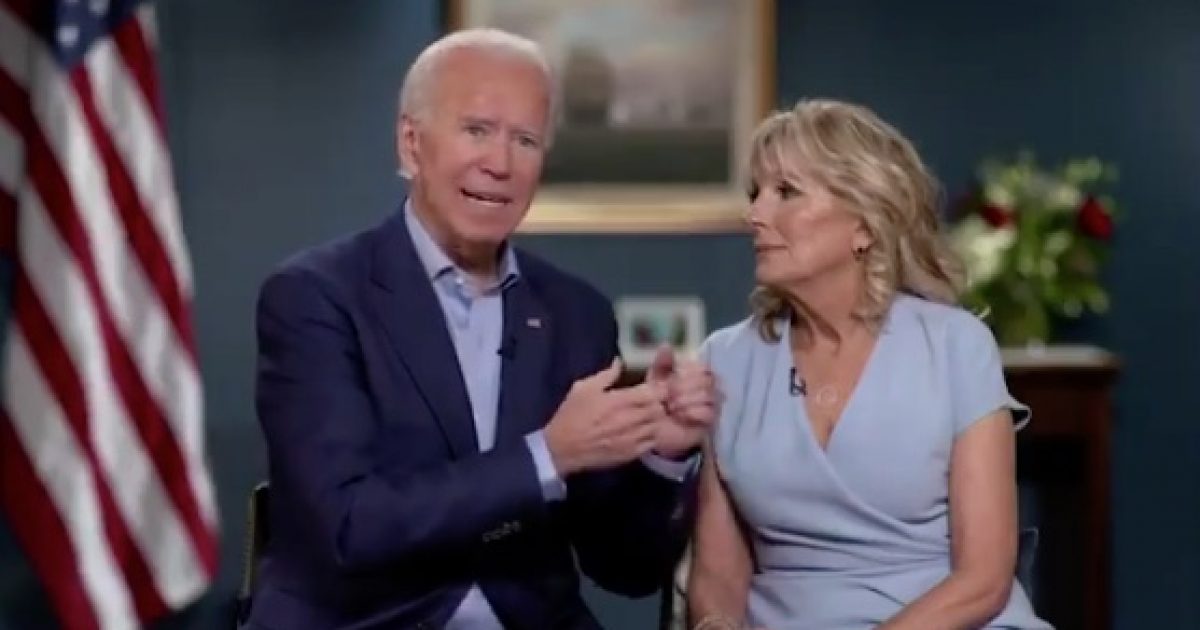 Former Vice President Joe Biden and his wife Jill were interviewed by a comedian this week who asked softball questions including inquiring about the allegations against their son Hunter.

Hunter is under federal criminal investigation over his tax affairs and international business dealings.

Business deals with China are also part of the probe.

When Colbert asked about the scandal surrounding Hunter, Joe said, “We have great confidence in our son,” and that “he is the smartest man I know.”

Biden also accused those critical of his son as engaging in “foul play.”

Critics commented about the interview on social media.

Some hard hitting journalism right there.

That wasn’t addressing anything! It was a Comic Show & unfortunately it wasn’t funny as usual!

colbert is a tool

Real America’s Voice News contributor and Newsmax Insider Tom Borelli discussed Hunter and Joe Biden on Newsmax TV, saying both Biden’s should have been under investigation prior to the presidential election.

Great commentary by ⁦@tomborelli⁩ on @newsmax re ⁦@JoeBiden: he will likely get away with his corruption due to the⁩ “ultimate protection racket – Silicone Valley & the anti-Trump media”. pic.twitter.com/wNCyigdOJN

Media outlets turned a blind eye for months over allegations of Hunter’s illegal misdeeds before the election.

The investigation began as early as 2018 through the U.S. Attorney’s Office in Delaware.

It’s clear Joe Biden got protection before the election from the anti-Trump media and Silicon Valley which denied voters important information about the former vice president and his son.

After the election, Joe Biden continues to get special treatment and is protected from hard-hitting questions from the media concerning Hunter’s federal criminal investigation.