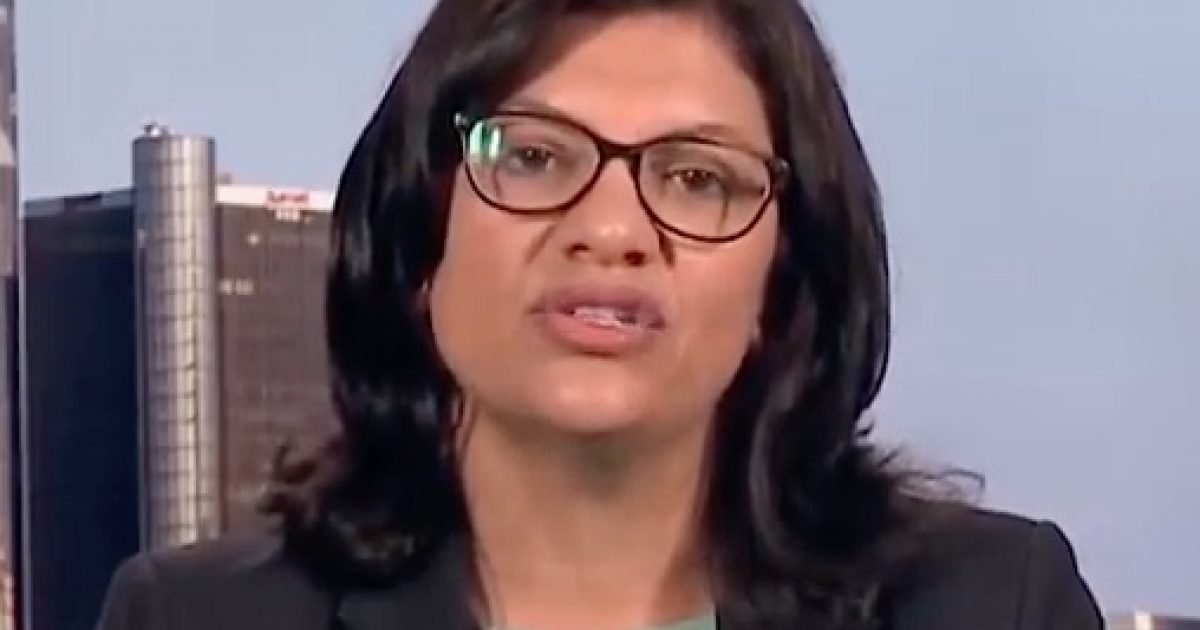 Michigan Democrat Representative Rashida Tlaib is calling for no “policing, incarceration, and militarization.”

The outrageous statement was made by Tlaib following the shooting death of a Minnesota black male, Daunte Wright, during a traffic stop.

It wasn't an accident. Policing in our country is inherently & intentionally racist.

Daunte Wright was met with aggression & violence. I am done with those who condone government funded murder.

No more policing, incarceration, and militarization. It can't be reformed.

Minneapolis citizens are complaining about the reduction in law enforcement response as crime increased following the defunding of the police department.

In Minneapolis, the city council stripped $1 and a half million dollars in funding from the Minneapolis police department. And then, shocking exactly no one with an IQ over about 27, assaults, robberies, and homicides rose more than 20%. Things got so bad, residents started showing up to city council meetings and complaining that the cops weren’t doing enough to protect their neighborhoods.

It doesn’t get more explicit than this that Democrats want to abolish the police. https://t.co/GPYF9qkpmg

If you don’t want bad guys in jail or police protecting our cities, why don’t we start with your district and see how it goes? https://t.co/drDfB7qx7u

This is a mind-numbingly stupid bit of incitement from a sitting congresswoman.

But you get protection from publicly funded law enforcement.

Wake up! Tlaib is inciting violence & she should be held accountable!

No more policing or incarceration? So you don’t want rapists in prison? You don’t want young women to be able to call police if they’re assaulted? What is wrong with you.

Democrats also criticized Tlaib, including Virginia Senator Tim Kaine, saying, “I am not in the camp that says, you know, we should disrespect police, we should reform police where police are necessary.”

I'm a Democrat, and I agree! She needs to go or she needs to get busy on REAL reforms! And at this point, I really don't care much which she chooses!

Tlaib’s calls to end police, prisons, and the military are reckless and dangerous.