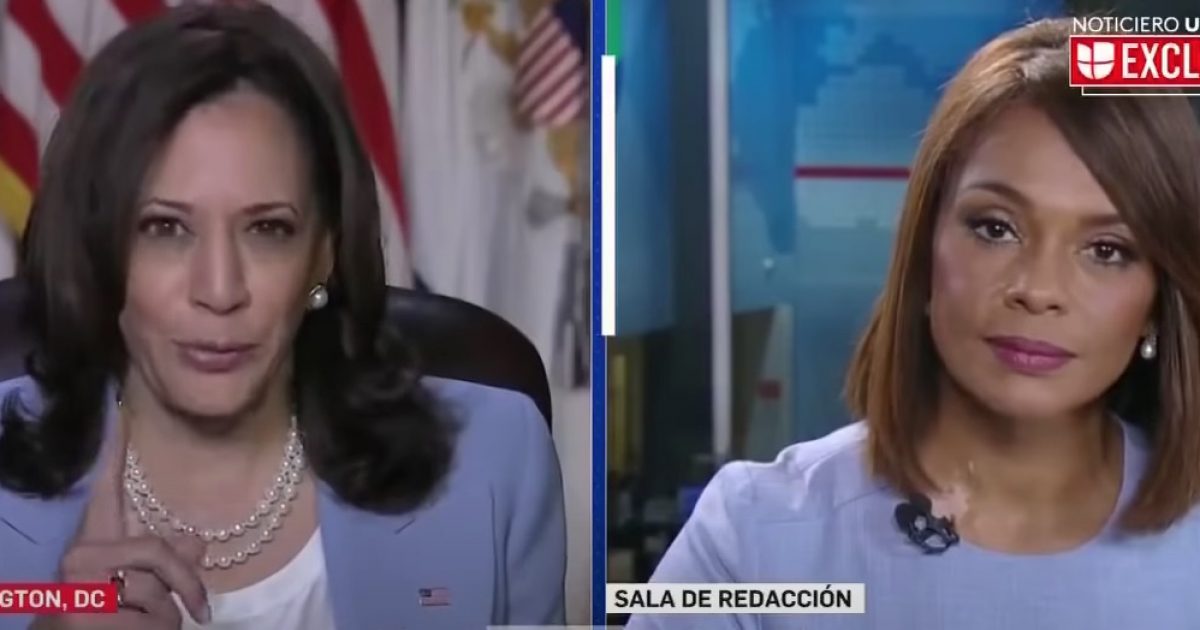 Vice President Kamala Harris was caught off guard again when questioned about her plans to visit the U.S.-Mexico southern border resulting in a testy exchange.

Harris appeared on Univision with anchor Ilia Calderon and was asked when did she plan to travel to the border, which would allow Harris to get a first-hand look at the border crisis.

Not satisfied, the host repeated the question and Harris didn’t appreciate the interruption of her prepared remarks, raised her finger, and snapped at the host telling her, “I’m not finished.”

Pressed further about a date, Harris composed herself and said, “I will keep you posted.”

Kamala Harris snaps at reporter for asking when she will go to the border, won’t say when she will visit pic.twitter.com/vysmUvjZfR

Our @VP is a condescending, hollow, embarrassment for our nation. When you elevate someone well beyond their capacities, this is the result. https://t.co/ryHuq7Qgpd

The White House communications team must be outraged. @VP is by far the worst communicator of the administration. https://t.co/a9QcASXw2L

This week, Harris visited Guatemala as part of her mission to address the crisis at the southern border.

During an interview on NBC News, Harris was asked about her visiting the border.

Despite the obvious question, Harris was totally unprepared for a solid answer.

In typical fashion for Harris, she laughed during her response and said, “And I haven’t been to Europe. And I mean, I don’t understand the point that you’re making.”

Here’s a recap of Harris responding to various media outlets about visiting the border including her nervous laugh and an eye roll.

The “I’m not finished” to Univision is just the perfect cap to these increasingly defensive answers about refusing to visit the border. pic.twitter.com/wdoTSdBcgN

Meanwhile, officials in the White House expressed concerns about the way Harris handled the questions about her visiting the border.

Some White House officials are “perplexed” by Kamala Harris’ comments in which she defended not yet visiting the US-Mexico border and worry that they might overshadow her first foreign trip as vice president, CNN reported this week.

Harris’s inability to anticipate and address an obvious question is frankly shocking and demonstrates she is not up for the job as Vice President.

The weak responses from Harris about her plans to visit the southern border and the lack of an action plan from the Biden administration are inexcusable and reckless.