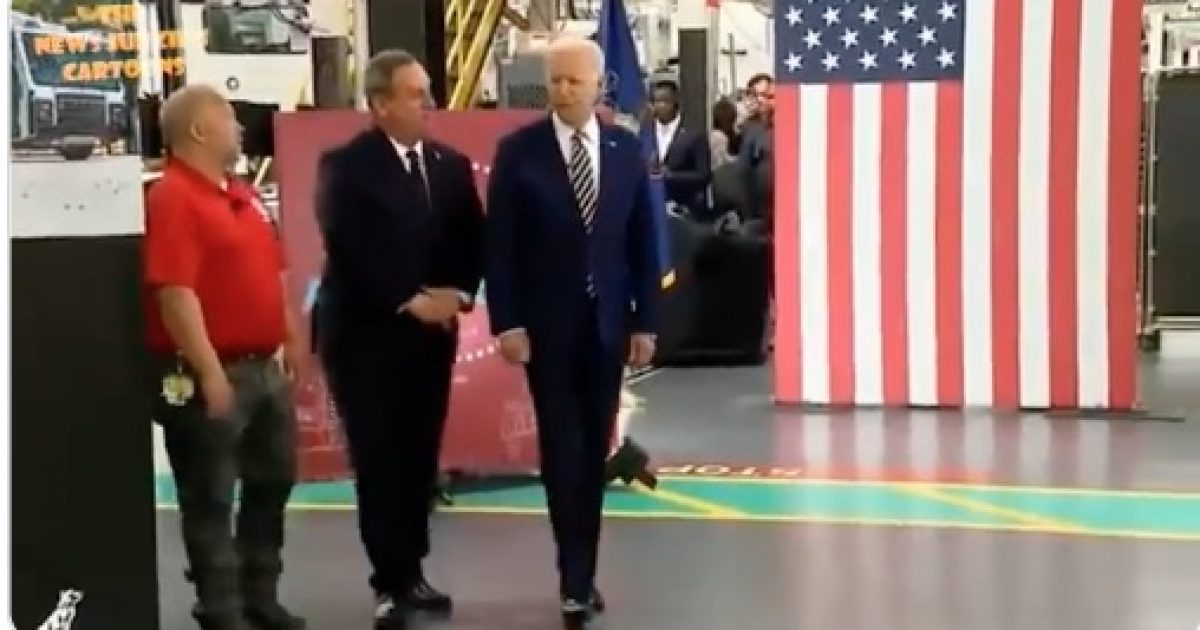 President Biden was mocked for saying he drove an 18-wheeler truck.

Biden made the truck driver claim during a tour of a Mack Truck facility in Pennsylvania.

The RNC posted Biden’s comment on Twitter with him saying, “I used to drive an 18-wheeler, man.”

Joe Biden, a career politician who has been in politics for 48 years, claims he "used to drive an 18 wheeler.” pic.twitter.com/eOXI9pwF2g

Biden claims he used to drive an 18 wheeler

Sure you did Joe. Just like you graduated at the top of your class. pic.twitter.com/bDxELwmtpm

Fox News reported the White House had trouble verifying Biden was a truck driver. Its story said, “…White House spokesperson could only point to a December 1973 article from the Wilmington Evening Journal that showed Biden rode in an 18-wheeler, not that he drove one.”

The White House went on to say at one point Biden drove a school bus.

Biden’s critics jumped on the opportunity to mock him.

Here is evidence of President Biden driving an 18-Wheeler. pic.twitter.com/FetqouwbQb

Biden also confused himself over President Obama and President Trump.

“In 2009, during the so-called Great Recession, the president asked me to be in charge of managing that piece — then-President Trump,” Biden misstated during a speech near Allentown, Pa.

Biden continues to be an embarrassment to himself and to America.