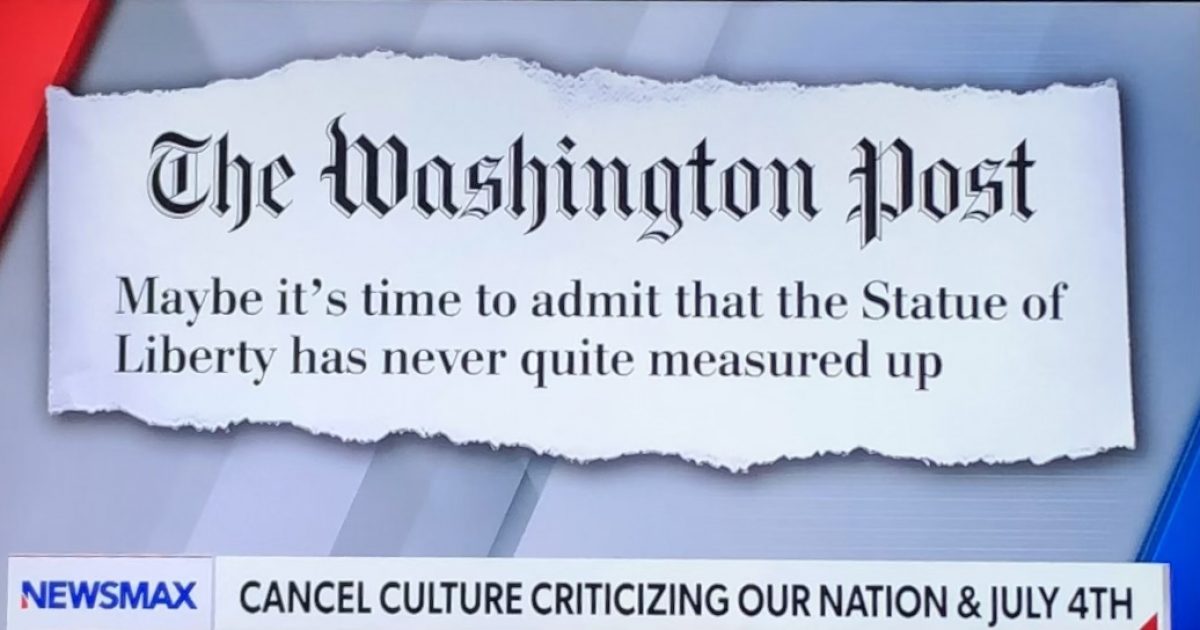 Democrats and the liberal media took pride in bashing Independence Day and the Declaration of Independence with anti-American comments.

When they say that the 4th of July is about American freedom, remember this: the freedom they’re referring to is for white people.

Critics of Waters and Bush commented on social media.

It’s unbelievable that we have a racist in Congress!

Speak for your damn self! I’m free and free indeed! 59 years old and retired tractor trailer driver! Started my own LLC. Strengthen The Community! Help feed and house the homeless and less fortunate individuals and families! Helping to change the quality of their Lives! Freedom

What is keeping you here? Which black people are not free? Somehow you and Maxine Waters became members of Congress and you are dimwits. Find a better nation, more free, and go there.

The Washington Post published a piece critical of the Statue of Liberty. 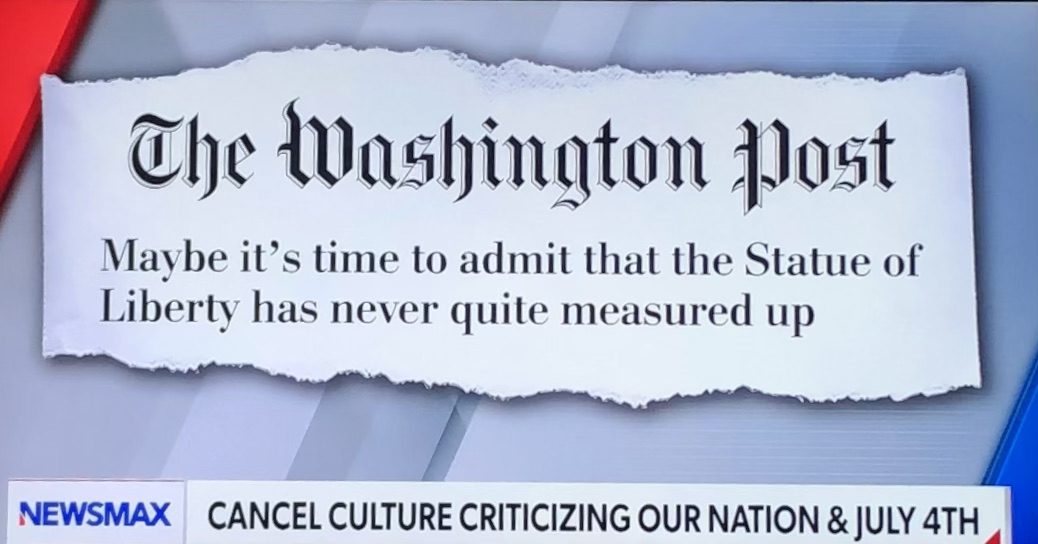 ‘What was once a unifying symbol – there is a star on it for each state, after all – is now alienating to some, its stripes now fault lines between people who kneel while ‘The Star-Spangled Banner’ plays and those for whom not pledging allegiance is an affront,’ Nir wrote.

NPR annually publishes and reads the Declaration of Independence but this time, the organization called it “a document with flaws and deeply ingrained hypocrisies,” and that it includes “a racist slur.”

It says "that all men are created equal" — but women, enslaved people, Indigenous people and many others were not held as equal at the time. https://t.co/dtE0z2Uabc

The document also includes a racist slur against Indigenous Americans.

Author David Treuer, who is Ojibwe, says there is a lot of diversity of opinion and thought among Native Americans — a community of more than 5 million people — about the document’s words. pic.twitter.com/K64UXhMKDA

Critics called for the defunding of NPR.

Today is a great day for America to declare its independence from NPR which is currently attacking our Constitution. Why should we pay for them to express hatred against us?#DefundNPR

They’re funded by your tax dollars and they absolutely hate our country. https://t.co/uW1Wdt3Y0S

Newsbuster.org published a list of anti-American remarks from the media about Independence Day.

Democrats and the liberal media are doing a disservice to the country with their divisive anti-American messages.

Most damaging is the combined effort from Democrats and the liberal media provides our adversaries with ample ammunition to criticize the U.S. throughout the world.