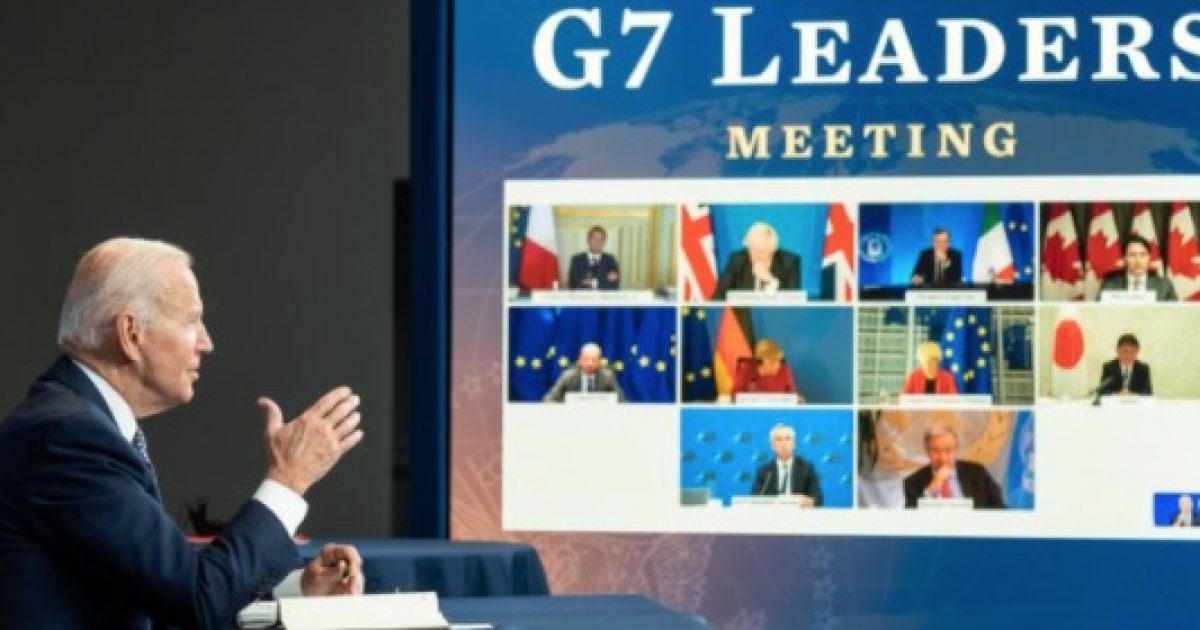 President Biden caved to warnings by the Taliban to stick to the August 31 deadline to withdraw U.S. troops from Afghanistan and by doing so, threw the Group of Seven (G-7) leaders under the bus.

President Biden on Tuesday said he will stick to an Aug. 31 deadline for removing US troops from Afghanistan after the Taliban said it would not allow him any additional time to evacuate US citizens and refugees.

The White House posted about the virtual G-7 meeting on social media.

Today, President Biden met virtually with G7 leaders to discuss a continuation of our close coordination on Afghanistan policy, humanitarian assistance, and evacuating our citizens, the brave Afghans who stood with us over the last two decades, and other vulnerable Afghans. pic.twitter.com/zFxjsm2W8H

The G-7 leaders wanted Biden to delay the withdrawal of U.S. troops but failed to influence him.

British Prime Minister Boris Johnson acknowledged defeat on Tuesday after he and other Group of Seven leaders failed to persuade President Joe Biden to delay the U.S. military’s withdrawal from Afghanistan.

WOW: Fox reporting that the G7 had an agreement in place to tell the Taliban the G7 nations would stay in #Afghanistan past August 31, and now Joe Biden has undercut our allies again. pic.twitter.com/tXGoPmA3ln

However, Biden spoke otherwise about the outcome of the G-7 meeting.

Following the virtual meeting, Biden held a press conference and touted the support from world leaders and said they “all agreed that we will stand united in our approach to the Taliban.”

Biden after Macron blasted him for "abandoning" Afghan allies and Boris Johnson calling him out for leaving him in the dark:

"The G7 leaders and the leaders of the EU, NATO, and the UN all agree that we will stand united in our approach to the Taliban." pic.twitter.com/NQfS6GWIi0

President Biden must immediately, clearly, and unapologetically tell the world— including Taliban terrorists—the United States will not leave Afghanistan until we have evacuated every American trapped behind Taliban lines.

And elected to leave thousands of them in Afghanistan at the mercy of the Taliban.

As the withdrawal date swiftly approaches, concerns are mounting over the ability of the U.S. and its international allies to conduct safe evacuations for their citizens and Afghan allies.

For Biden to allow the dangerous Taliban to dictate and call the shots about the U.S. military withdrawal out of Afghanistan is outrageous and validates Biden’s weakness as a leader.

NewsmaxTV contributor Tom Borelli Ph.D., described how Biden’s Afghanistan disaster will damage the credibility of the U.S. with NATO allies.

Biden’s decision-making on handling the Afghanistan crisis is a big red flag for America’s world leader allies, making it impossible for them to trust the president.