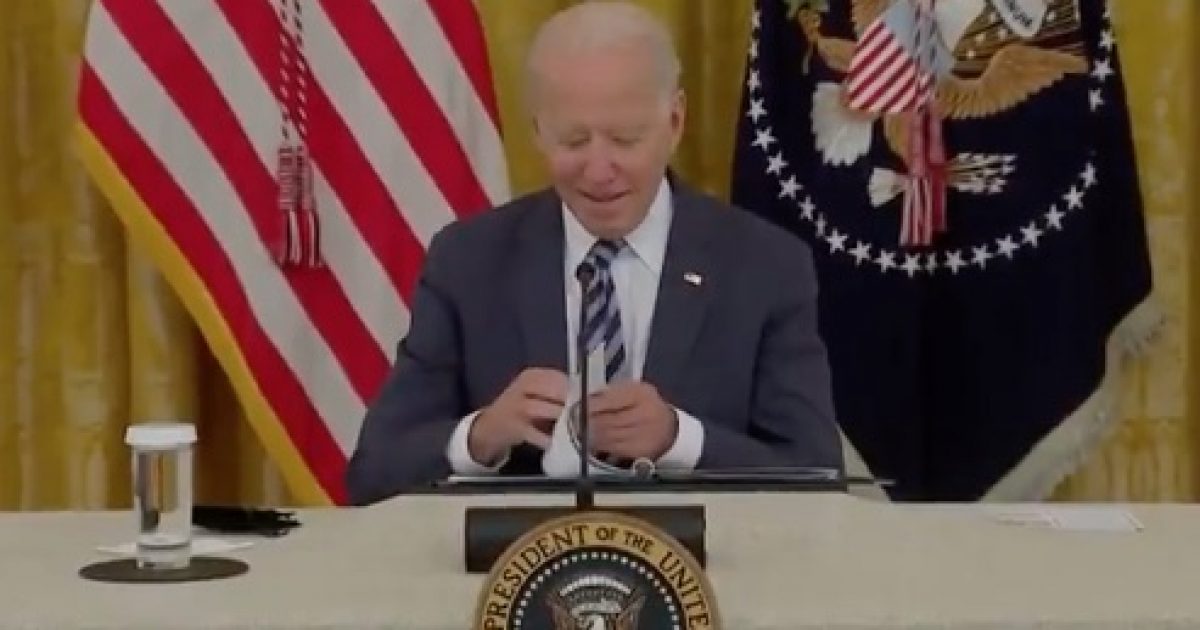 President Biden continues to duck questions from the media about the situation in Afghanistan.

Yesterday, Biden only took one question about Americans trapped in Afghanistan at the end of a White House meeting on cybersecurity.

However, the public did not hear the answer because the audio from his microphone was cut off.

Even more problematic was Biden smirked as he was answering the question.

REPORTER: “If Americans are still in Afghanistan after the deadline what will you do?”

NBC News reporter Peter Alexander who asked the question about what the president will do after the August 31 deadline confirmed Biden’s response which was, “You will be the first person I call.”

Biden’s critics expressed a view that the microphone cut-off was done on purpose.

The White House cut the audio/video feed of Biden’s event so viewers could not hear reporters could ask questions.

Oh my gosh they cut the President's microphone so nobody could hear him answer.

That's how worried this White House is about Biden answering questions on Afghanistan. https://t.co/1mGjxXCB9w

Ignoring and laughing off questions is now part of a pattern by Biden and Vice President Kamala Harris.

During a press briefing on Sunday, Biden laughed with a big smile following a question about a CBS News poll.

CBS senior White House correspondent Ed O'Keefe confronts Biden with a network poll that finds "a majority of Americans … no longer consider you to be competent, focused, or effective at the job" of being president. Biden claims he hasn't seen it. pic.twitter.com/LtNbvio2Wi

Americans are troubled by the situation in Afghanistan and ignoring and laughing off questions is inexcusable.

Dissatisfaction with Biden is being measured in his falling poll numbers.

“His overall job approval rating now stands at 41% who approve versus 55% who disapprove – a big drop in the closely watched barometer of political health. Until last week, national polls generally showed his approval rating above 50%.”

Biden can ignore the media and laugh off questions, but his falling poll numbers are no joke.