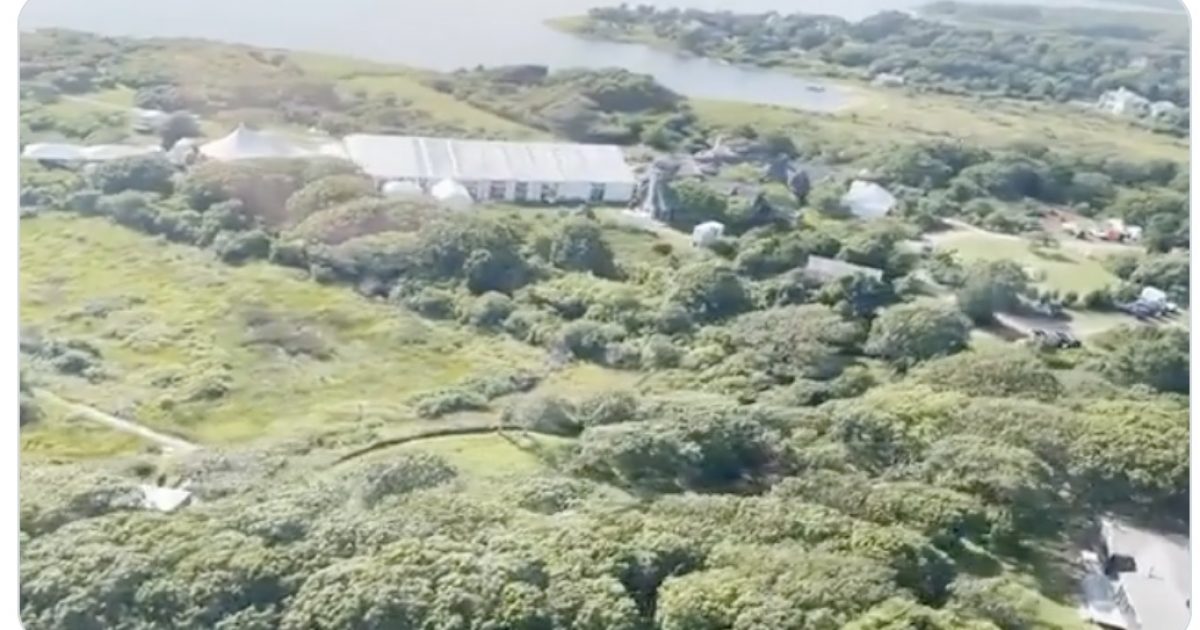 Photos of the event were posted on social media.

Originally, the party was going to be a huge affair with over 500 guests but because of concerns about the Delta variant, the party size was supposed to be reduced.

A spokesperson for Obama commented earlier this week, saying, “Due to the new spread of the delta variant over the past week, the President and Mrs. Obama have decided to significantly scale back the event to include only family and close friends.”

The Daily Mail reported on the event including pictures of tents and celebrities attending the party.

Social media critics pounced on the photos of huge tents at Obama’s home in Martha’s Vineyard.

JUST IN – Massive tents are erected ahead of Obama's 60th "scaled back" birthday bash on Martha's Vineyard.https://t.co/3dpyHGekQQ pic.twitter.com/JmSfsDPOee

Some comments focused on the lack of masks and ignoring general COVID-19 rules of avoiding large crowds.

If Obama is flying hundreds of guests from around the world to his island mansion…..
the pandemic is over for everyone else too? #obama60th #BringOnThePain #ILYM pic.twitter.com/fE4w2jESa6

Obama’s party is just another example of elites having different standards with COVID-19 than regular Americans.

They are what we thought they were. https://t.co/7eQhz5fKTG

“All animals are equal but some animals are more equal than others.” George Orwell then and now. https://t.co/fDFy8dKYGI