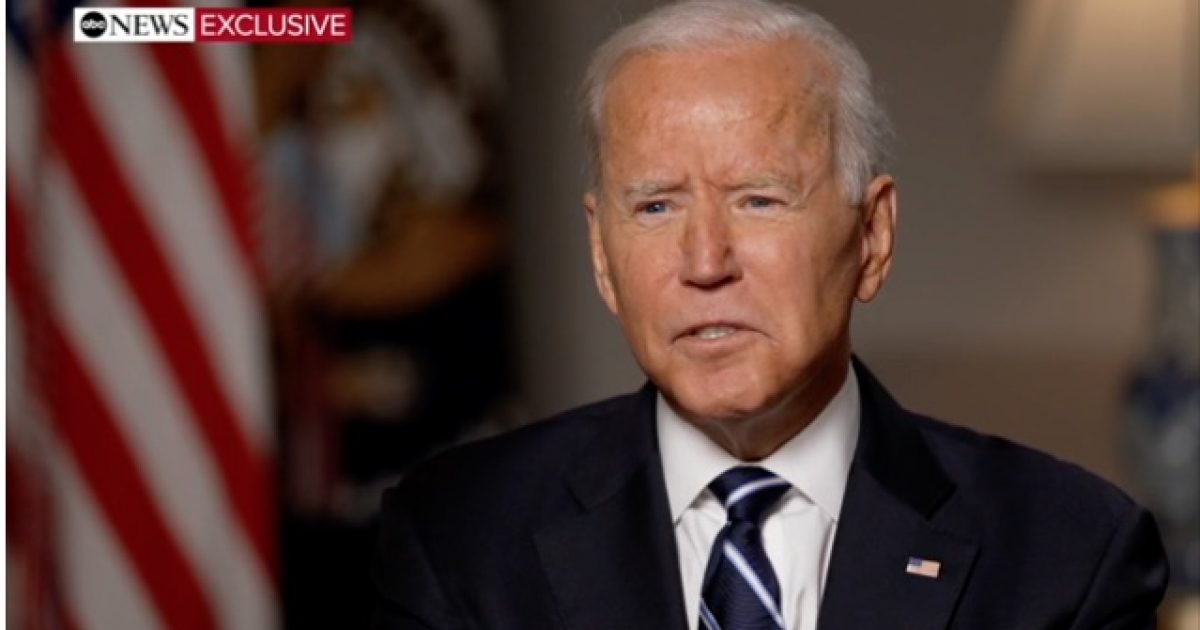 Testimony from General Mark Milley, the chairman of the Joint Chiefs of Staff and General Kenneth McKenzie Jr. who heads the military’s Central Command exposed lies from President Biden about the Afghanistan exit.

During testimony in the Senate, the generals said they advised Biden to keep just over a couple of thousand troops in Afghanistan to keep the country’s government from falling apart.

The testimony directly conflicts with comments made by Biden on ABC News.

In August, Biden told ABC News host George Stephanopoulos that “no one” recommended he keep at least 2,500 troops in Afghanistan.

Here is the ABC News transcript:

STEPHANOPOULOS: But your top military advisors warned against withdrawing on this timeline. They wanted you to keep about 2,500 troops.

STEPHANOPOULOS: They didn’t tell you that they wanted troops to stay?

BIDEN: No. Not at — not in terms of whether we were going to get out in a timeframe all troops. They didn’t argue against that.

Here is a video clip that shows Biden’s statements on ABC News and a clip of the testimony.

Biden last month to @GStephanopoulos:
GS: So no one told — your military advisors did not tell you, "No, we should just keep 2,500 troops. It's been a stable situation for the last several yrs….We can continue to do that"?

Biden: No. No one said that to me that I can recall https://t.co/867xbTRYox pic.twitter.com/Ibe90suOEz

George Stephanopoulos: “Your military advisers… wanted you to keep 2,500 troops.”

“I recommended that we maintain 2,500 troops in Afghanistan.” pic.twitter.com/LBzqUgO4bx

Biden also said he would not pull the troops out until all Americans left Afghanistan.

Nitpicking Biden’s interview on Afghanistan won’t change broken promises and fatal flaws in reasoning:
“Q:…are you committed to making sure that the troops stay until every American who wants to be out–
BIDEN: Yes.
Q: — is out?
BIDEN: Yes.”
Read it all https://t.co/k8hsmYaNEW

Senator Tom Cotton (R-AK) asked the generals about the conflict between Biden’s statements and their recommendations.

It’s clear, Biden did not take the advice of his military advisers and making matters worse, he lied to the nation about the recommendations he received.

The testimony is devastating to Biden and it shows his poor decision making and judgement is responsible for the short-term and long-term disastrous consequences over the botched exit from Afghanistan.

Biden’s approval is dropping and this week’s revelations will likely drive it down further.