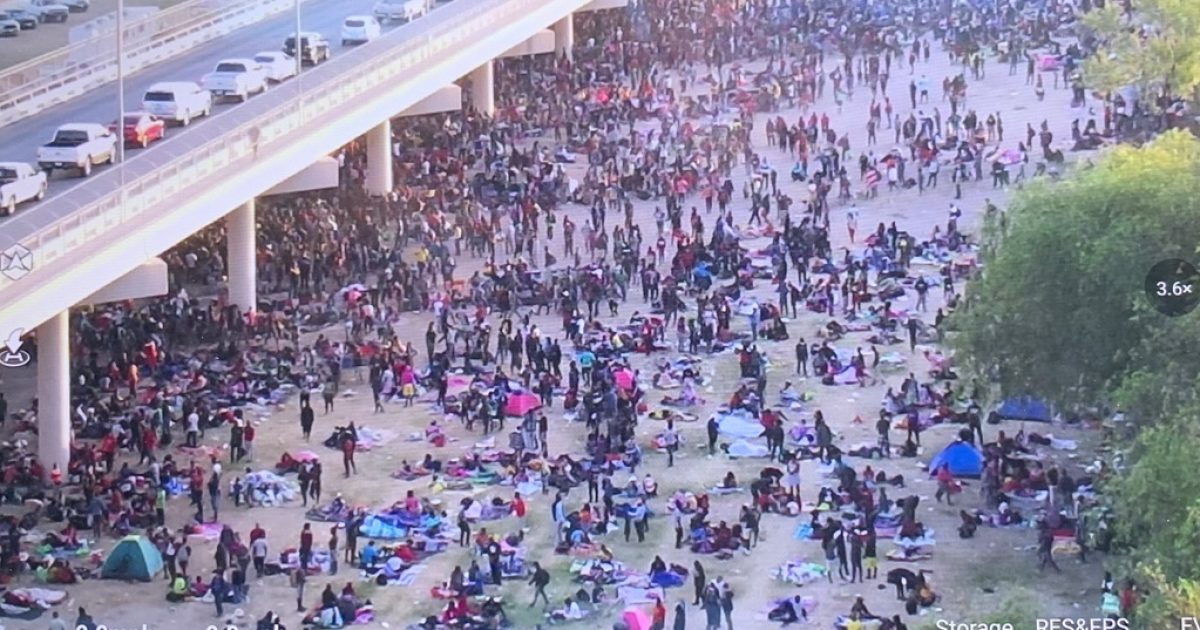 A shocking video of thousands of illegal aliens congregating under a bridge in Del Rio, Texas, provides video proof of the humanitarian crisis at the U.S. southern border.

NEW: A source on the ground sent us this video showing thousands of migrants under the international bridge in Del Rio, TX with more showing up constantly. We’re told the situation there is getting worse every day and the numbers are growing by the hour. @FoxNews pic.twitter.com/nu32xrsNOK

Melugin also shared a ground-level video of thousands of illegal aliens congregating under the international bridge in Del Rio, Texas.

Law enforcement source on the ground at the bridge this morning just sent me this video showing the situation there. I’m told a large majority of the migrants are Haitians and more are crossing into the US and arriving at the bridge by the minute. BP w/ limited manpower @FoxNews pic.twitter.com/dHWCrhFikq

The videos back up the continuing crisis at the southern border where hundreds of thousands of illegal aliens are coming into the U.S. on a monthly basis.

Shockingly, young children are abandoned along the southern border.

NEW: Border Patrol agents in Eagle Pass, TX found a 3-month-old boy and 2-year-old girl abandoned on the banks of the Rio Grande while they were patrolling the river yesterday. A note on the infant carrier said they are siblings from Honduras. Children safe.
Photo: CBP @FoxNews pic.twitter.com/uYO9EuGqhj

Melugin also provided context to the number of individuals under the bridge.

Top Democrats were outraged about hundreds of migrants being held under a bridge during the Trump administration’s border surge in 2019.

Now in 2021, when the situation is significantly worse with thousands of migrants under bridges? Crickets. pic.twitter.com/gzpBxPSqCp

The RNC called out Secretary of Home Land Security Alejandro Mayorkas over his seasonal increase claim.

A major reason for the continuing crisis is the fact that the media does not report on the crisis.

Consequently, too many Americans are not aware of the crisis and its eventual consequence on their lives.

Media Research Center’s NewsBusters reported on the silence from the media.

The media shamelessly do damage control for Biden by ignoring the worsening #BidenBorderCrisis https://t.co/BN7X17JDuU

Biden is responsible for the humanitarian crisis at the southern border and Democrats and their media allies are contributing to the crisis through their silence.