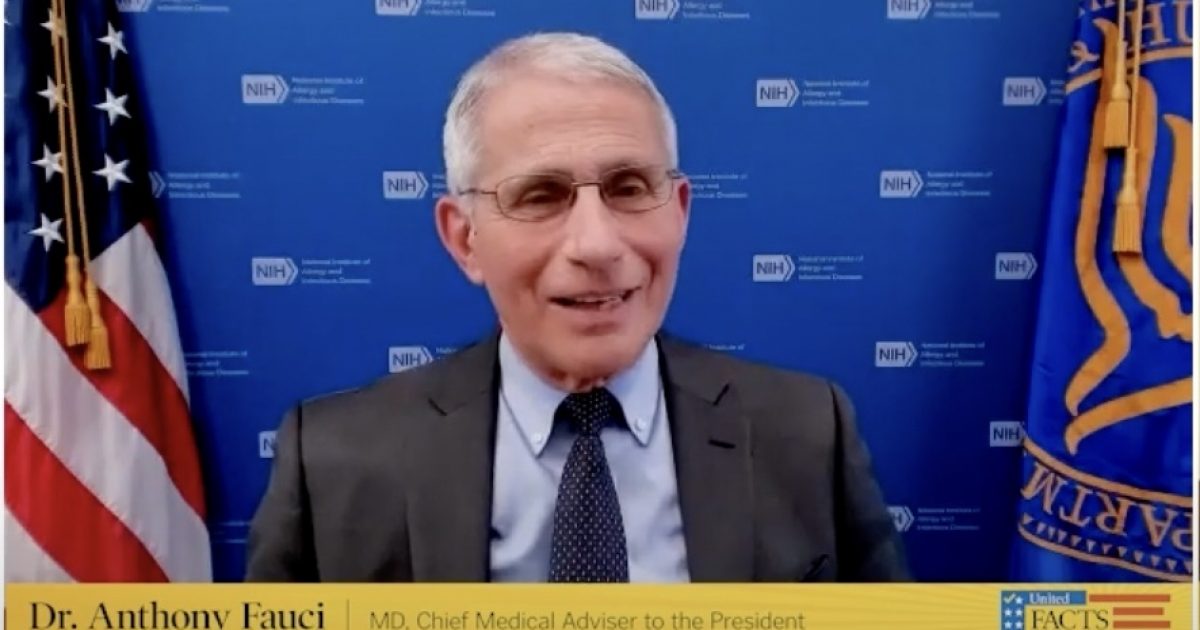 Dr. Anthony Fauci is the highest-paid government official and his big salary boost was a result of a “permanent pay adjustment” to protect the U.S. from bioterrorism-related pandemics.

Andrzejewski is the CEO/Founder of OpenTheBooks.com – an organization focused on government spending transparency.

Fauci’s permanent pay raise was to “appropriately compensate him for the level of responsibility… especially as it relates to his work on biodefense research activities.” 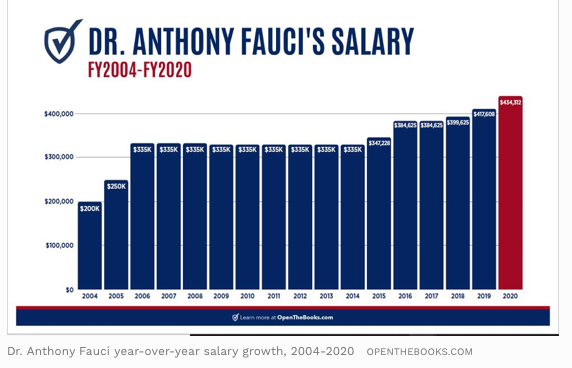 The irony is Fauci was paid a huge sum to protect the U.S. from bioterrorism hitting the U.S. but he failed to warn about the COVID-19 pandemic in a timely manner in 2020.

In my February Newsmax Insider commentary, I concluded Dr. Fauci didn’t deserve his over $400,000 salary because he failed to warn the U.S. about the emerging pandemic which I felt was part of his primary mission at NIH.

Essentially, Fauci was assigned to be the sentinel on the wall – the medical Paul Revere who would sound the alarm and warn the country of an emerging pandemic invasion.

However, Fauci failed to meet the primary mission of NIAID because he diminished the threat posed by COVID-19 during the early stages of the pandemic.

On television from January 2020 through early March, Fauci consistently downplayed COVID-19. Fauci initiated his remain “calm, nothing really to be worried about” view (on Jan. 21, 2020) with Newsmax TV’s host Greg Kelly.

He continued this theme in many interviews, including during an early-March White House briefing where he gave the OK for young people to go on a cruise (read my earlier commentary for more details).

Andrzejewski’s commentary based on OpenTheBooks research confirms Fauci’s job as a pandemic fighter.

What’s worse as I pointed out in February and backed by OpenTheBooks and others, Fauci is tied to funding risky gain-of-function research in China – the type of research that many think created the pandemic.

Importantly, Andrzejewski outlines a timeline of Fauci funding gain-of-function research over the years.

Despite failing at his job, Fauci is a frequent guest on Sunday morning news shows and he generates controversy after his appearances.

The American people were not asking, and they certainly do not need Fauci’s permission to celebrate and gather with family.
pic.twitter.com/IoNXGft1Tz

Fauci also doesn’t hesitate to challenge his critics on TV.

Anthony Fauci on why critics do not like him: They ‘have conspiracy theories,’ and ‘deny reality.’

Speaking of denying reality, perhaps he'll manage to look into natural immunity at some point… or perhaps his reported role in funding gain of function research? pic.twitter.com/5FPa15iAdu

The bottom line is Fauci is being richly rewarded for failing at his job.

In the private sector, such a massive failure by Fauci would find him out of a job.

However, in government, Fauci remains the highest-paid employee.