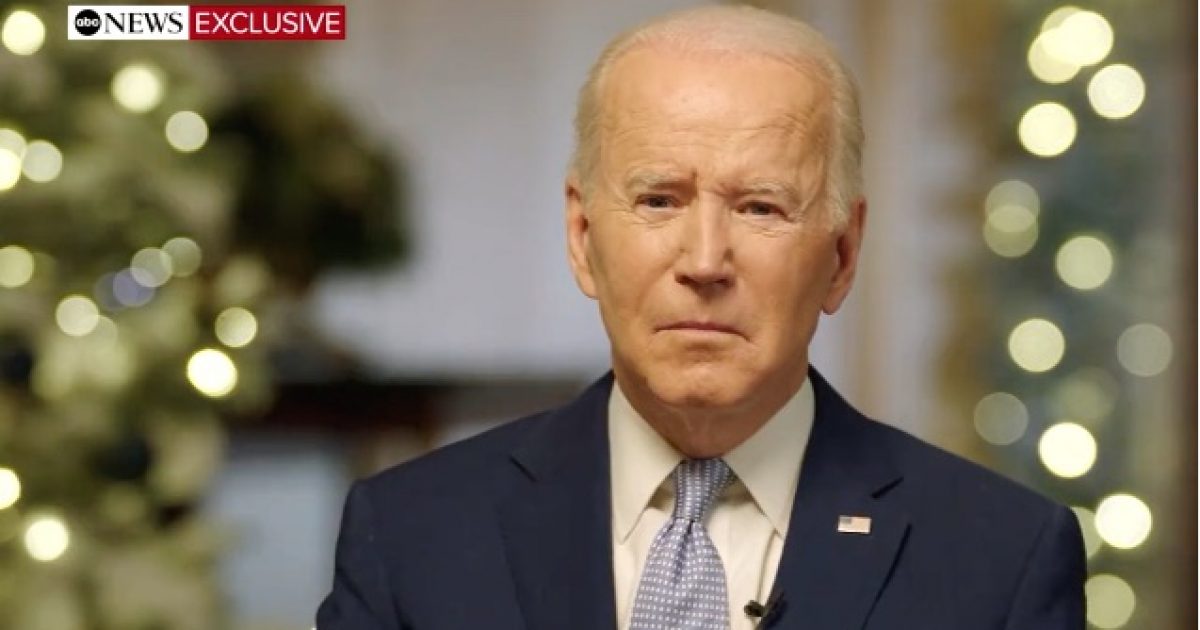 At a White House briefing, Biden said, “I don’t think anybody anticipated” the surge in the new viral variant in an attempt to defend his slow reaction.

When asked at the briefing if it was “a failure” that there are not enough tests for Americans Biden responded, “No, it’s not, because COVID is spreading so rapidly, if you notice. It just — just happened almost overnight, just in the last month.”

Biden was also pressed about the lack of test kits in an ABC News interview with David Muir.

The president didn’t think it was a failure on his part.

ABC's David Muir actually grilled Biden on his Covid failures. Noting the "empty shelves" in pharmacies and "no test kits" before Christmas, Muir asks: "Is that a failure?" He pressed further asking: "Is that good enough?"
"No, nothing is good enough," Biden responded. pic.twitter.com/t0ZNIZ11Ey

After being confronted with the fact that Biden missed both the Delta and Omicron variants, Biden responded with a laugh.

WATCH: David Muir Draws Stunned Laugh From Biden By Asking 'How Did You Get it Wrong?' on Delta and Omicron https://t.co/9gaRtiht3S via @mediaite pic.twitter.com/IXX0fP4dQw

Biden did indeed fail to anticipate both viral variants and now Americans will be heading into Christmas celebrations largely untested because of the lack of planning on his part.

As president, Biden is supposed to anticipate and plan for problems but he has failed Americans again.