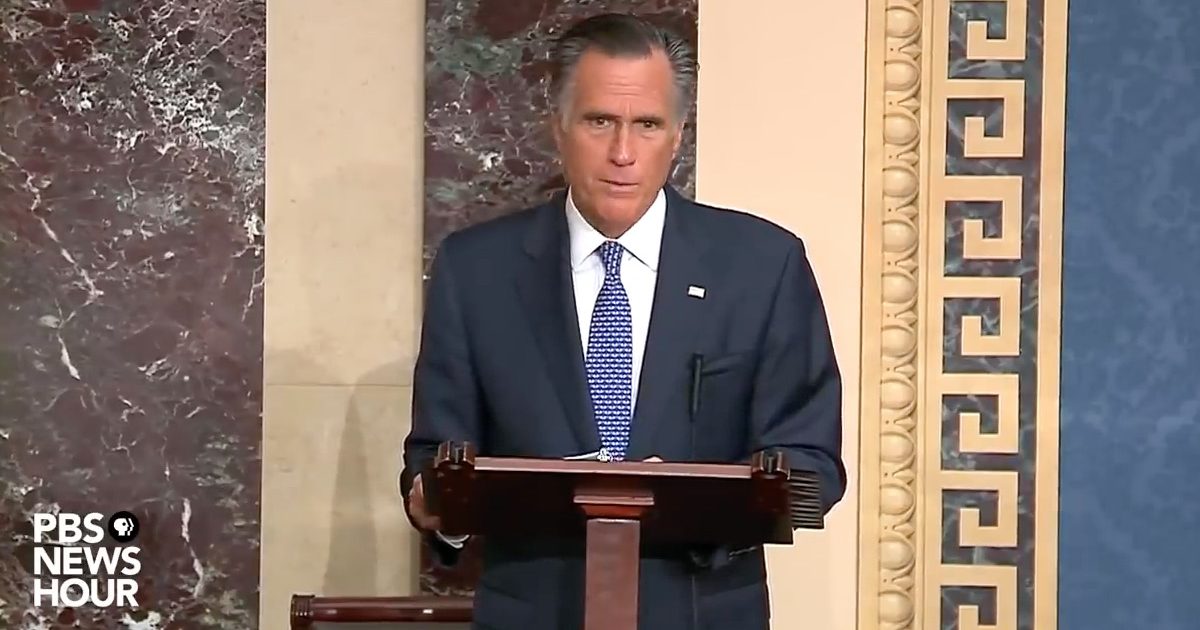 Romney is reacting to the effort by the RNC to condemn the two Republican Representatives with the potential to back and fund a Republican primary challenger to Cheney in Wyoming.

Kinzinger decided to retire from Congress after this year.

Shame falls on a party that would censure persons of conscience, who seek truth in the face of vitriol. Honor attaches to Liz Cheney and Adam Kinzinger for seeking truth even when doing so comes at great personal cost.

The RNC is expected formally to condemn the two lawmakers Friday and plans to fund a primary challenge against Cheney. A resolution before the RNC states that the behavior of Cheney and Kinzinger “has been destructive to the institution of the U.S. House of Representatives, the Republican Party and our republic.”

The RNC is censuring Liz Cheney and Adam Kinzinger because they are trying to find out what happened on January 6th – HUH?

Cheney and Kinzinger voted to impeach former President Trump over the January 6, 2021 riot at the Capitol.

Cassidy and Romney voted to remove Trump from office in the Senate trial even though Trump has already left office. Four other Republican Senators voted with Romney and Cassidy.

Romney also voted to remove Trump from office during the first impeachment trial.

Cheney reacted to the RNC effort.

“If the price of being willing to tell the truth and get to the bottom of what happened on January 6.. is a censure, then I am absolutely going to continue to stand up for what I know is right.”

Dr. Kelli Ward, the chairwoman of the Arizona GOP, summed up the feeling of many Republicans about Cheney and Kinzinger.

Anti-GOP hacks Liz Cheney & Adam Kinzinger who put themselves on the phony Pelosi J6 commission should be censured & not be considered Republicans. They’ve targeted me with impunity & they need to be held accountable. https://t.co/Cb7fMzJ0IT

Ward’s assessment of Cheney and Kinzinger is correct – the January 6th investigation is indeed phony and it’s only goal is to damage Republicans and Trump before the midterm elections.