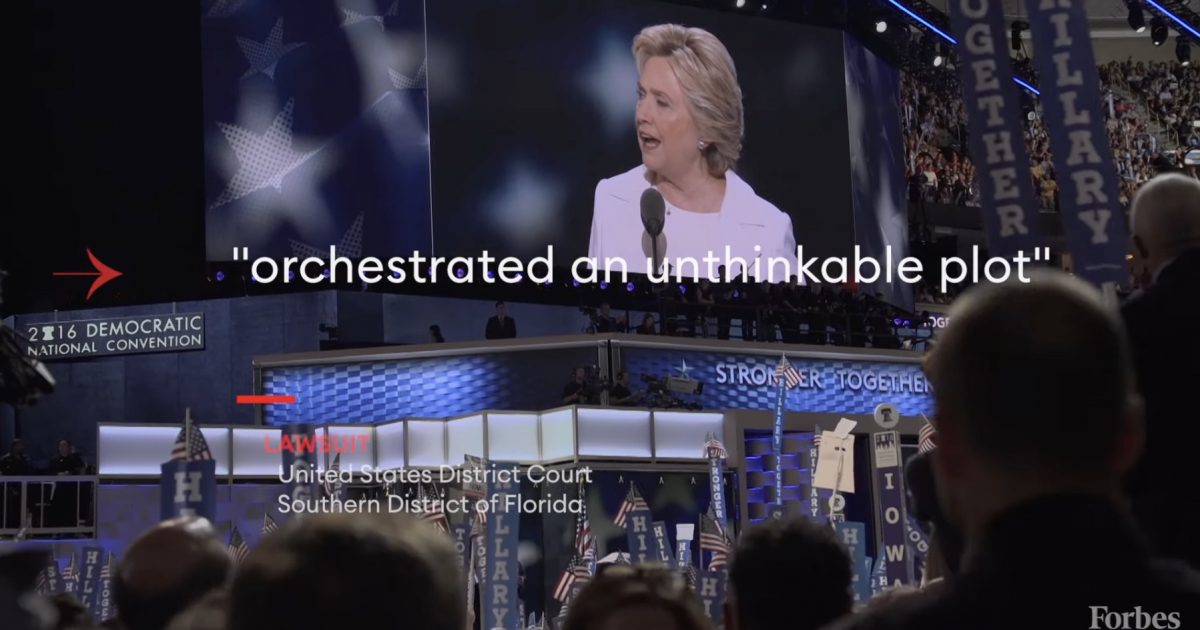 The RICO lawsuit is “against Clinton, the Democratic National Committee and others,” regarding the 2016 election.

“The Defendants, blinded by political ambition, orchestrated a malicious conspiracy to disseminate patently false and injurious information about Donald J. Trump and his campaign, all in the hopes of destroying his life, his political career and rigging the 2016 Election in favor of Hillary Clinton,” Trump’s lawyers say in a 108-page lawsuit filed in Florida.

Do you think Trump filed this case with the hope of calling Vladimir Putin as a character witness? Trump deposition ought to be a hoot. https://t.co/W2cJdznlPW

Forbes reported on the lawsuit.

Trump lawyer Alina Habba appeared on Newsmax TV about the lawsuit and said more is coming.

After filing a $72 million lawsuit against Hillary Clinton over the 2016 election, Trump’s attorney Alina Habba says more lawsuits are coming as soon as next week: “There’s more to come soon .. Anybody that’s going to try and make up malicious stories .. is going to be sued.” pic.twitter.com/vjYCxxbKrI

It’s great to see Trump going on offense in response to the Clinton’s campaign efforts to link his campaign to Russia during the 2016 presidential campaign.