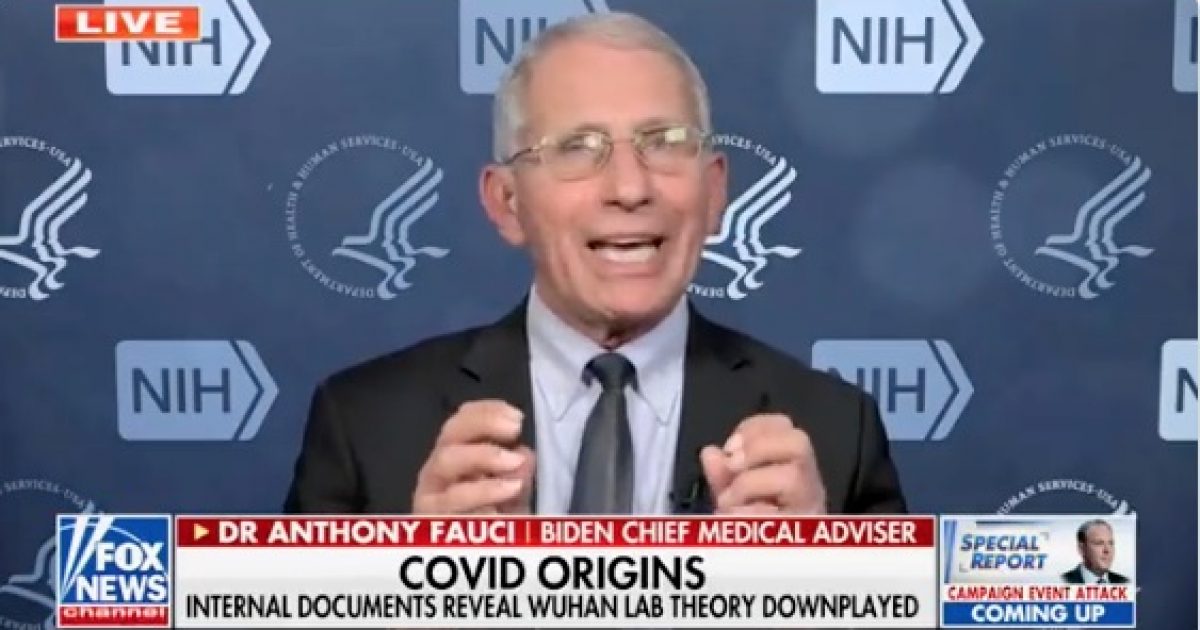 During an interview on Fox News, Dr. Anthony Fauci claimed he was open to the idea that SARS-CoV-2 could have been a result of a lab leak from the Wuhan Institute of Virology in China.

Fauci said, “We have an open mind but it looks very much like this was a natural occurrence, but you keep an open mind.”

Fauci’s statement is a change of heart from his original view that dismissed the lab leak hypothesis.

Fox News host Bret Baier challenged Fauci’s new view by using an email where he dismissed the lab leak as “a shiny object that will go away.”

This is an incredibly revealing interview from Dr. Fauci and Bret Baier. Is Fauci corrupted by the communist party of China? pic.twitter.com/Uf5AJyUbO5

It sure looks like SARS-CoV-2 was from the Wuhan Institute of Virology and not from a natural origin and Fauci was trying to cover up the truth.