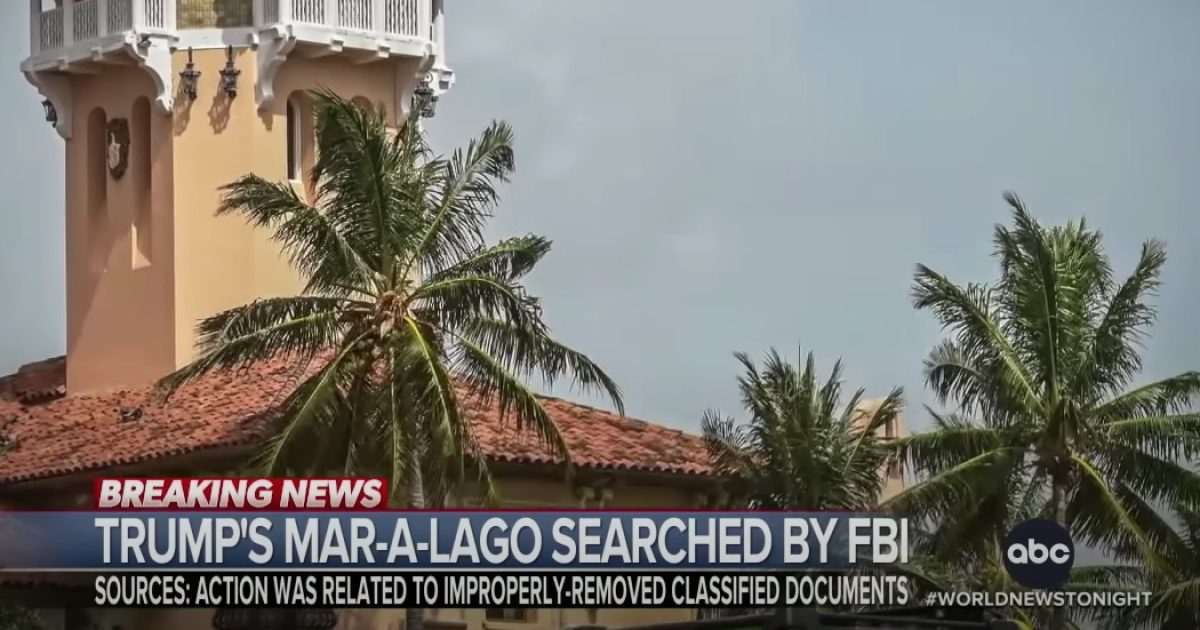 As I watched coverage of the raid on former President Trump’s Florida home on Monday, I recalled the moment I woke up to the gaslighting game Democrats were playing.

It was during the summer of 2018 when I saw Lanny Davis serving as Michael Cohen’s lawyer. As the crooked Cohen tried to peddle himself as a fearless truthteller in the effort to take down his former employer, Donald Trump, the president’s enemies could have connected him with any number of skilled Beltway attorneys.

Instead, the man derided as Trump’s fixer was represented by one of Bill and Hillary Clinton’s longtime apparatchiks. At first, I thought this was a stupid move; picking Davis would only underscore Cohen’s role as a political hit man rather than a man of conscience.

But then, I realized, maybe that was the point: Democrats, who certainly could have warned Davis off Cohen, concocted a clearly partisan tableau so that they could pretend no politics were involved.

It was, at bottom, a test of their ability to shape reality, to see how far they could go in getting their followers to reject an obvious truth in favor of their false, but useful narrative.

Who are you going to believe, us or your lying eyes?

This tactic – the insistence that brass knuckles partisanship is high-minded idealism – has become the hallmark of progressive politics.

The Russiagate conspiracy theory cooked up by Hillary Clinton’s crew and advanced at the highest levels of government was cast as an honorable effort to protect our elections from foreign interference. When the truth emerged, Democrats and their factotums at the New York Times, Washington Post, and other prestige outlets largely ignored the facts and continued to portray its shameful perpetrators as American heroes. Hillary in 2024!

While the Jan. 6 committee has unearthed troubling information about the dangerous assault on the Capitol, its due process-denying conduct – defined by misleading leaks to the media and the unchallenged testimony of hearsay witnesses – has been cast as a courageous effort to preserve our democracy. We’re trying to save America’s soul!

Monday’s raid on Trump’s Palm Beach home at Mar-a-Lago is just the latest example of this jackbooted push to destroy American norms in the name of preserving American norms. That said, it also represents a new low – a dangerous escalation of the Democrats’ attempts to present their vicious misconduct as virtuous.

Here’s what they want us to believe: that this unprecedented act – no former president has ever had his home searched by swarms of FBI agents – was the only way they could retrieve potentially classified material Trump may have failed to hand over to the National Archives. You heard that right – they weren’t looking for dead bodies but pieces of paper that he may not even possess. They could have taken any number of gentler approaches; instead, they brought a machine gun to a wrestling match. It was intentionally extreme. Are you for us or against us?

As Biden’s Department of Justice claims they were simply pursuing justice and the rule of law, here’s what they want us to forget: The same FBI which executed this raid has had its reputation deeply tarnished by the gross misconduct of its high-level officials when they tried to frame Trump as a Russian agent. They also want us to ignore the fact that the raid occurred a week after GOP Sen. Charles Grassley said a whistleblower has proof that the FBI sought to discredit evidence of corruption regarding President Biden’s son Hunter.

As they cast themselves as guardians of the Republic, Democrats demand that we see Trump as a scofflaw rather than their most powerful threat. While House Democrats found grounds for impeachment in Trump’s brief request that Ukraine President Volodymyr Zelensky look into Hunter’s shady foreign dealings, the use of our own government’s powers to disqualify a political rival is right and proper.

The shameful raid on Trump’s home will only further divide our country. The left’s effort at gaslighting the public by redefining reality has only worked on half the people. Most conservatives and many independents will see this brazen attack for what it is and become ever more distrustful of our government. For Democrats, the raid is yet another test of their loyalty – are they still willing to submit to their leaders’ disinformation? Will they continue to allow themselves to be manipulated for the cause? My fear is that those may be the wrong questions. Democrats may already be past the point of no return: if you accept lies long enough, they begin to look like the truth.
__________