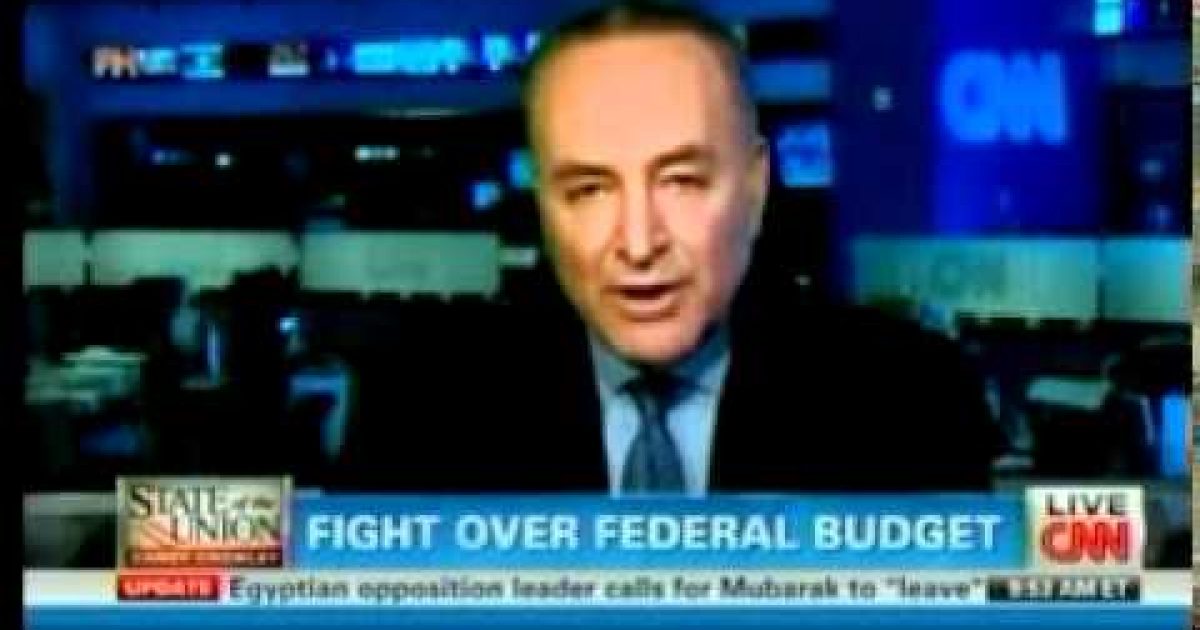 During an interview on “State of the Union with Candy Crowley,” Senator Chuck Schumer (D-NY) discussed the need for the three branches of government to work together to raise the debt ceiling.

However, Schumer’s interpretation of the three branches of government is not the same as the Constitution’s – executive, legislative and judiciary:

“Winter” is coming for the West, and it is going to be apocalyptic
DC Clothesline