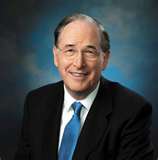 From TheBlaze.com by Tom Borelli:

Senator Jay Rockefeller (D-WV) epitomizes the progressive elite in Washington, D.C. who threatens our liberty and undermines our Republic.

With his rich progressive history and elite background it’s not surprising that Rockefeller abandoned his coal dependent state during its greatest time of need.

Squad Scum AOC Gets DUPED By Project Veritas- This Is HILARIOUS! 😂
AFF