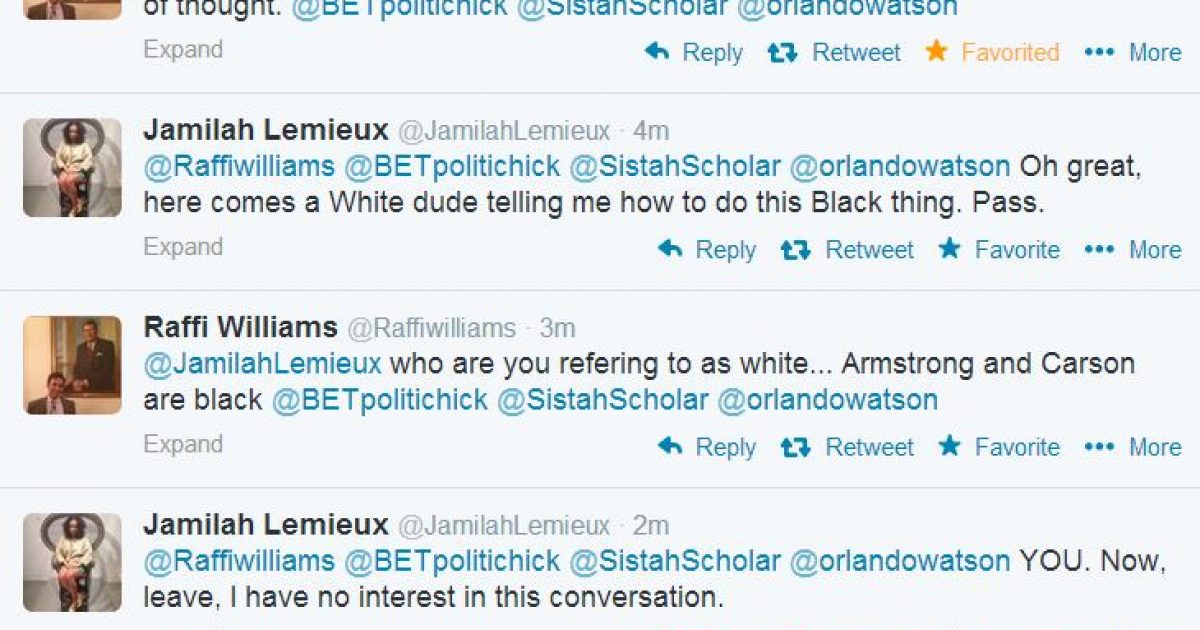 During the Twitter exchange, Lemieux described Williams as a “White Dude” who was trying to tell her “how to do this Black thing” and basically ordered Williams to end the conversation.

Essentially, from Lemieux’s perspective, if you’re white I don’t want to hear anything you have to say.

This race based attack was initially described by Wayne Dupree, founder of NewsNinja2012.com, host of The Wayne Dupree Show and Empower.org member.

Tragically, as a Senior Editor, Lemieux is in a position to carry this racial bias to the content of the magazine and deny Ebony’s readers a balanced perspective on important policy matters.

This incident illustrates the narrow-minded and biased view of black liberals that hold prominent positions in the black media and other posts in the black liberal establishment – politicians, pastors, community activists and black publications.

With many blacks relying on information from the black liberal establishment such as Ebony, it’s not surprising that blacks, as a group, vote overwhelmingly for Democrats.

The black community is being held back because of its overreliance on obtaining information from the traditional information sources and being denied the liberating message of empowerment, personal responsibility and smaller government that is offered by conservatives.

Breaking the black liberal establishment’s control of information is a primary goal of Empower.org, a FreedomWorks black outreach program.