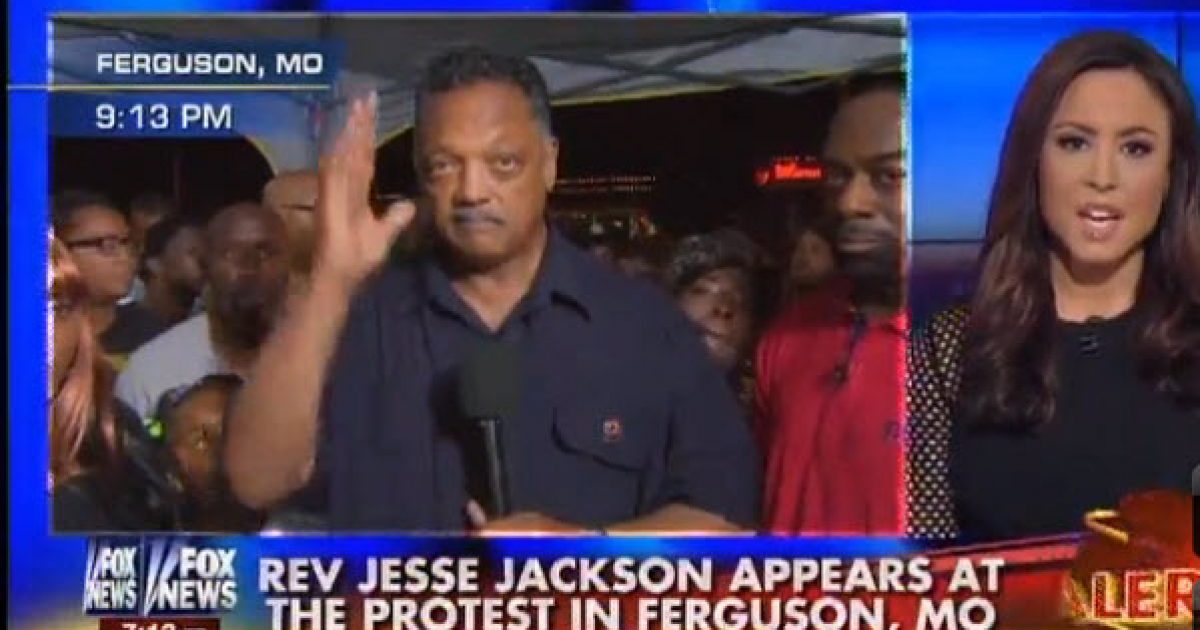 It’s clear Jesse Jackson is not accustomed to being challenged by the media. Jackson went to Ferguson, Missouri, to weigh in on the shooting death of Michael Brown.

Jackson appears to display an open hand Karate Chop motion to guest host Andrea Tantaros on Fox News’ “Hannity” following her last question about his failure to bring national attention to the number of killings on the streets of Chicago (watch video clip).

Reverend why don’t we see more of you in cities like Chicago? I think a lot of people wonder why you and Reverend Al Sharpton and others aren’t speaking out on all of the murders taking place. It seems every other weekend more black children more black teens are being gunned downed in the streets of Chicago and yet you’re not there.