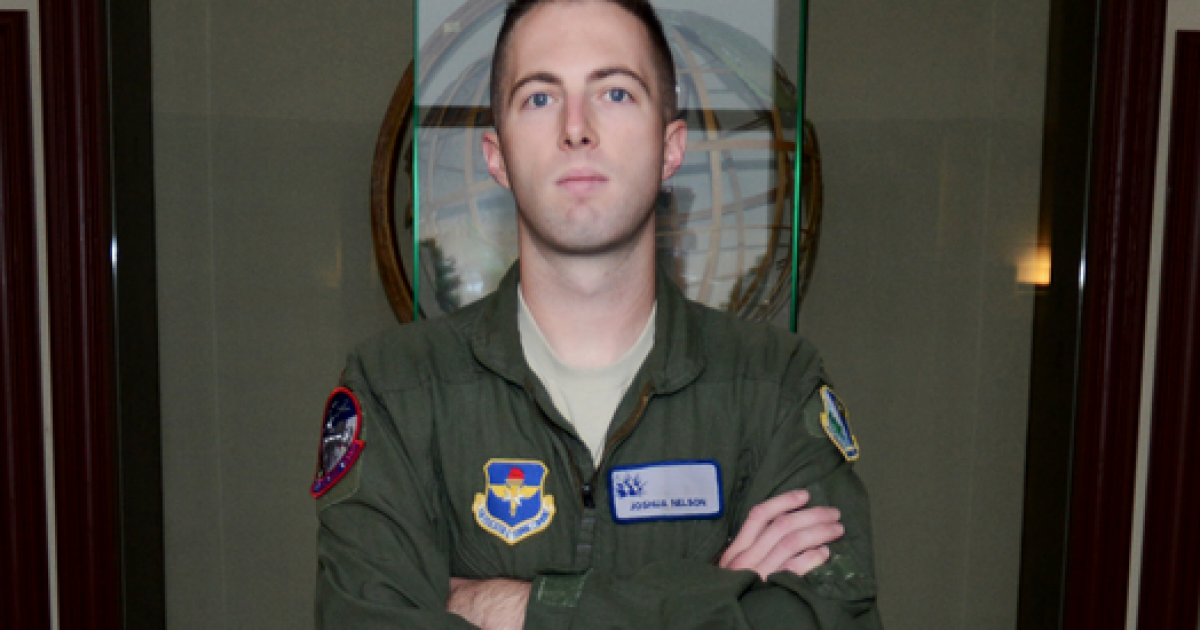 America is an exceptional country because of individuals such as Joshua Nelson.

By his quick actions, Joshua prevented a possible murder and subsequent suicide while shopping at a Walmart last spring.

It was just another trip to Wal-Mart for 2nd Lt. Joshua Nelson when he popped in to grab some fish hooks for a family trip to the lake this past Spring. Little did he know that a quick shopping trip would turn into so much more.

The West Virginia Air National Guardsman was walking to the Hunting and Fishing section when he heard a woman say, “Stop, put it down!”

“I could tell she was stressed and she sounded frightened,” said Nelson. “I looked into the aisle, and this young man had a knife to a woman’s stomach.”

According to police reports, the young man was mad at his mother, who he had a knife to, because she wouldn’t buy him a gun. Nelson told his wife Brittany to go alert the store manager and call the police.
Nelson, who has a concealed weapons permit stepped up beside the woman.

“I put my hand on my pistol where he’d notice, and then I stepped in between them,” said Nelson. “I kept demanding he hand me the knife. I wanted him to see only one option. As I was standing beside that lady, I felt like I was responsible for her life. I was going to do whatever I had to do to protect her.”

Nelson pointed to his training and the Air National Guard and previously in the Marine Corp as helping him talk the young man down.

Joshua is a true patriot and hero. Tom and I have had the pleasure of speaking at pro-coal miner rallies with him in the past.

As a former coal miner, Joshua has been taking action to help save jobs for his friends and family and soon, he will be flying C-130s for the West Virginia National Guard.

It will take some time but because of individuals like Joshua, we will remain a free and exceptional country.