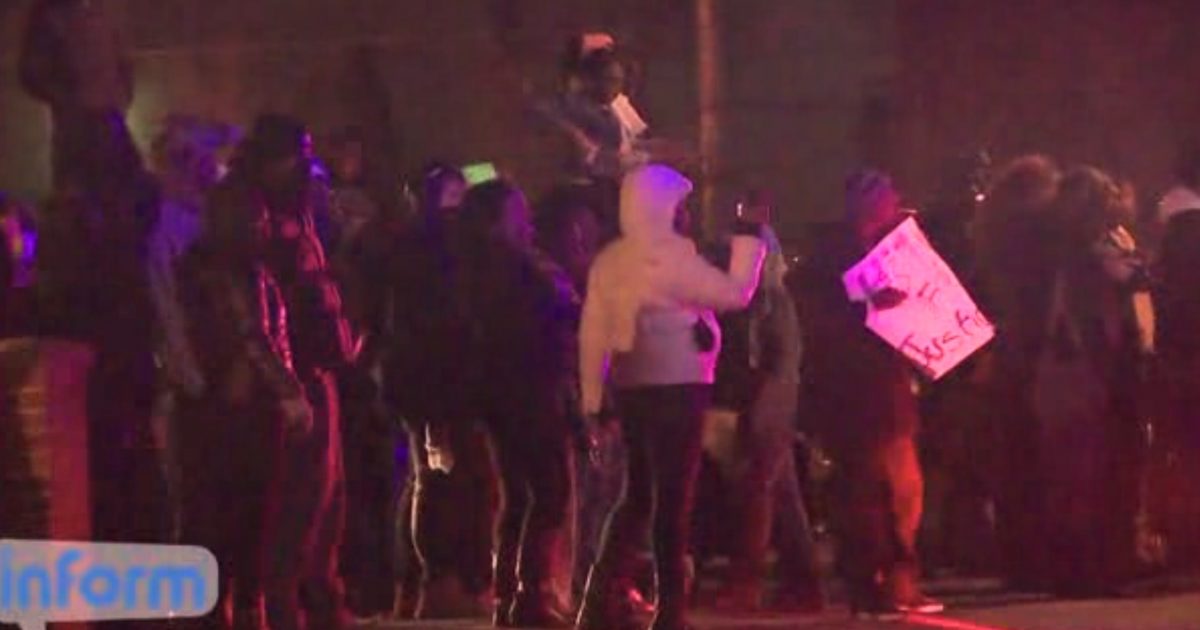 Mob rule reigned after Robert McCulloch, the prosecuting attorney for St. Louis County, announced that police officer Darren Wilson will not be indicted for the shooting death of Michael Brown.

In Ferguson, Missouri, the location of the shooting, violence erupted. Rioters looted stores, an estimated 25 buildings were set on fire, and gunfire was reported on the streets.

Mob reaction was not restricted to the site of the shooting. In Oakland, California, protesters shut down streets and blocked traffic on Interstate 580. New York City was also subjected to mob action. Police Commissioner William Bratton was hit with red paint and three New York City bridges were blocked by protesters.

The tone of this mob overreaction to the grand jury’s decision was set in August just after the shooting, and indeed much earlier, by President Obama and Attorney General Eric Holder.

As this case shows, color-coded justice reigns when it suits the political agenda of liberal black politicians and activists. Ironically, under this system, whites are the real victims and black perpetuators are innocent.

The seeds for black outrage in Ferguson were planted just after Brown’s shooting when the media propagated the message that Brown was “executed” by Officer Wilson while he was trying to surrender with his hands up.

In one address, Sharpton polluted the minds of many blacks in Ferguson and beyond, prejudicing them to believe Officer Wilson was guilty of executing an innocent unarmed black teenager. Sharpton further eroded the confidence of the local jurisdiction when he called for a federal investigation.

Jesse Jackson also added to the premature twisting of the facts. During an interview on MSNBC, Jackson described Brown’s killing as “… a kind of state execution.”

Obama and Holder added to the distrust among blacks. Holder’s Justice Department dispatched forty FBI agents to determine if Brown’s death was a civil rights crime.

In addition to the official actions of his Department, Holder’s comments about Brown’s death contributed to the theme of blacks being targeted by white police officers. At a meeting with community leaders in Ferguson in August, Holder told the group how he felt he was personally targeted by police because he was black during two incidents. More recently, in an outrageous statement, Holder compared Brown’s death with the horrific murder of 14 year old Emmett Till by Mississippi racists in 1955.

Obama also contributed to racial tensions surrounding the Ferguson incident during a speech at the annual Congressional Black Caucus Foundation dinner in September. Obama re-enforced the feeling among blacks that they are victims of police oversight when he said, “Too many young men of color feel targeted by law enforcement — guilty of walking while black or driving while black, judged by stereotypes that fuel fear and resentment and hopelessness.”

Obama even dared to make Brown’s death an international issue when he mentioned the killing in the context of America having its own racial tensions.

Given the amount of racial rhetoric interjected by black activists and the highest office holders in the U.S. regarding Ferguson, it’s not surprising to see the emotional mob reaction to the grand jury’s decision. The mob got played by the black liberal establishment.

Lost in the cloud of racial rhetoric and race baiting was the fact that Officer Wilson killed Brown in self-defense after he was attacked by the 6’ 4’’ 250 pound young man.

Tragically, if Brown had killed Wilson during the fight for the officer’s gun, the story would not have made national news and resulted in protests in riots.

Indeed, the killing of 20 year-old Dillon Taylor – an unarmed white and Hispanic young man – by an non-white police officer in Utah has not received notable media attention.

Sadly, color-coded justice will be another blemish on Obama’s legacy. It started with Holder’s dismissal of the New Black Panther Party voter intimidation case going back to the 2008 presidential election and it’s being carried forward with the death of Brown.

What a disappointment. Instead of bridging racial tensions, Obama and his entourage of black radicals has created long-lasting damage to race relations.

So much for the visions of hope and change.

*****
All politicians need to be held accountable and that’s where voters can play a role.