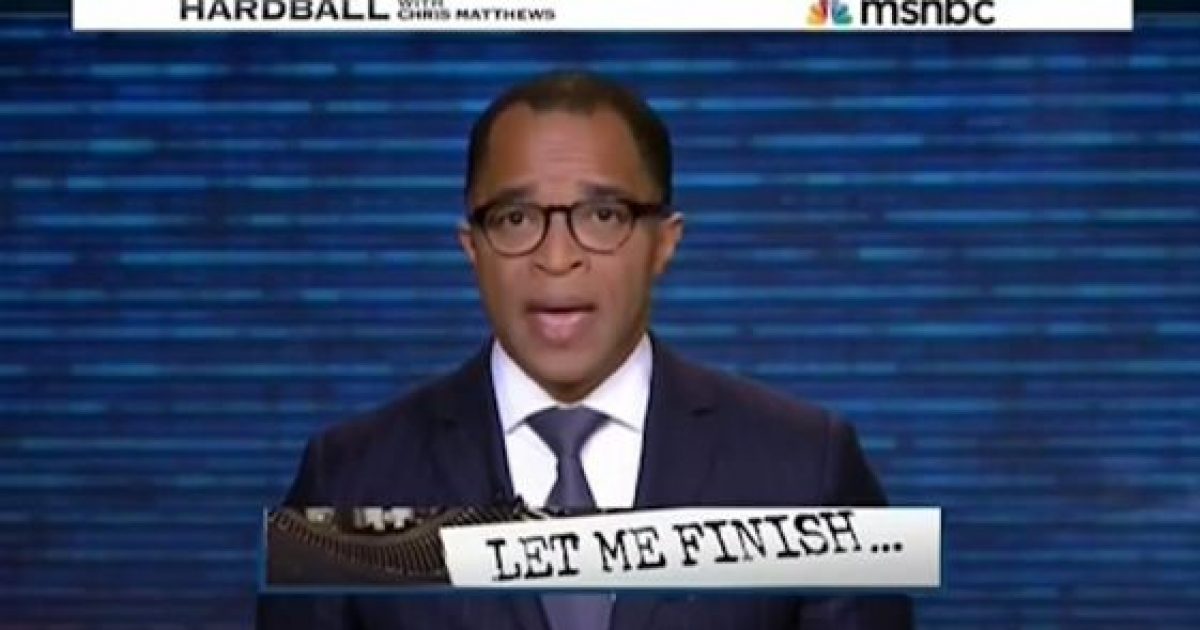 The liberal black mob is attacking Washington Post columnist Jonathan Capehart for telling the truth about the facts surrounding the shooting death of Michael Brown in Ferguson, Missouri.

In a courageous effort, Capehart retracted earlier comments on MSNBC that backed the claim that Michael Brown was shot with his hands up while trying to surrender.

In his commentary, “‘Hands up, don’t shoot’ was built on a lie,” Capehart analyzes the evidence provided by the Justice Department report on the shooting and he concluded that officer Darren Wilson was justified in the shooting and Brown was not shot while trying to surrender.

But we must never allow ourselves to march under the banner of a false narrative on behalf of someone who would otherwise offend our sense of right and wrong. And when we discover that we have, we must acknowledge it, admit our error and keep on marching. That’s what I’ve done here.

Now Capehart is being attacked by the liberal black mob for dispelling the myth of the ‘Hands up, don’t shoot’ propaganda sound bite that has echoed throughout the nation.

Capehart described the attacks he is getting on social media on MSNBC’s Hardball:

“After my piece, ‘Hands up don’t shoot was built on a lie,’ folks used Twitter and Facebook to dismember my personhood,” he continued. “Fellow African-Americans called me a ‘sellout’ or a ‘house negro.’ Others said I did it because I wanted ‘white people to like me’ or that I ‘did it for the money.’ No, I didn’t. I did it because it was the right thing to do.

The reaction to Capehart exposes the intolerance of the liberal black mob – an experience that I have been dealing with since I’ve dared to challenge the black liberal establishment.

I hope Capehart’s experience opens his eyes to the intolerance of the Left and the plight of black conservatives.