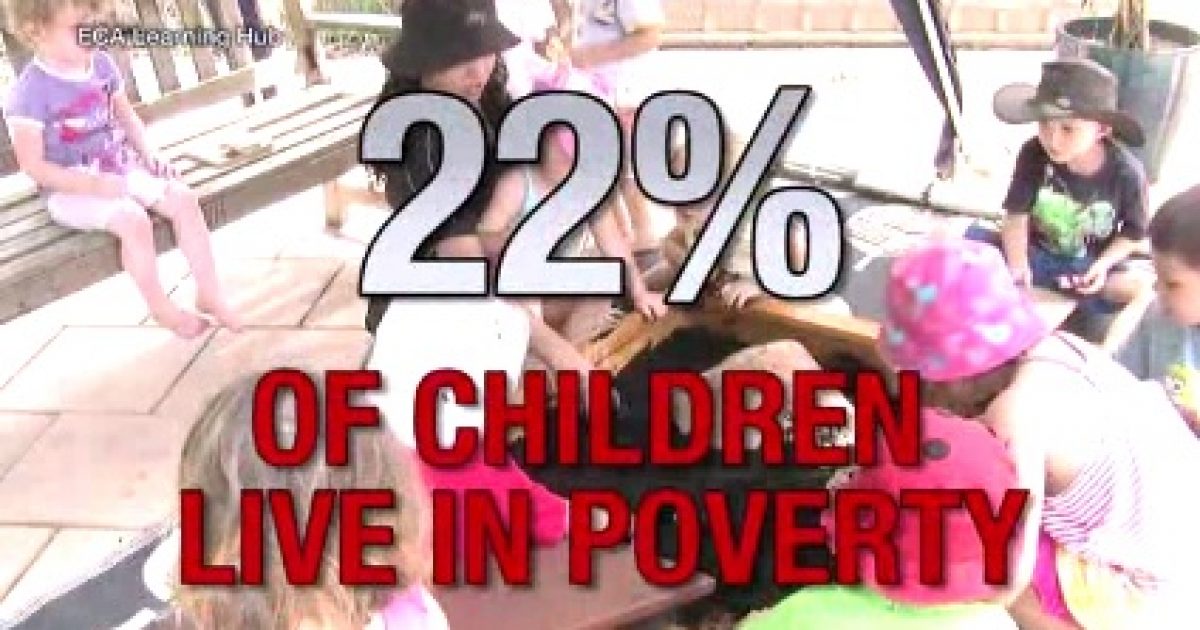 Are American children better off than they were 8 years ago? According to a hard-hitting report released by the Annie E. Casey Foundation, the answer is no.

Ever since President Obama took office, the poverty rate among children has soared to 22 percent, with three million more children living in poor conditions, according to an authoritative new report released Tuesday.

The 2015 “KIDS COUNT” report from the Annie E. Casey Foundation said that the percentage of children living in poverty jumped from 18 percent in 2008, the year Obama was elected, to 22 percent in 2013. It added that the rate dropped from 2012 to 2013, in line with the improving economy.

Among minority children and in some states, especially the South, however, the situation is dire. The report said, for example:

• The rate of child poverty for 2013 ranged from a low of 10 percent in New Hampshire, to a high of 34 percent in Mississippi.

• The child poverty rate among African Americans (39 percent) was more than double the rate for non-Hispanic whites (14 percent) in 2013.

Progressive policies don’t work. Pouring more and more money into a clearly broken system only hurts the people the programs were designed to protect in the first place. We have to start empowering ourselves and our communities through education and economic opportunity, not entitlement.