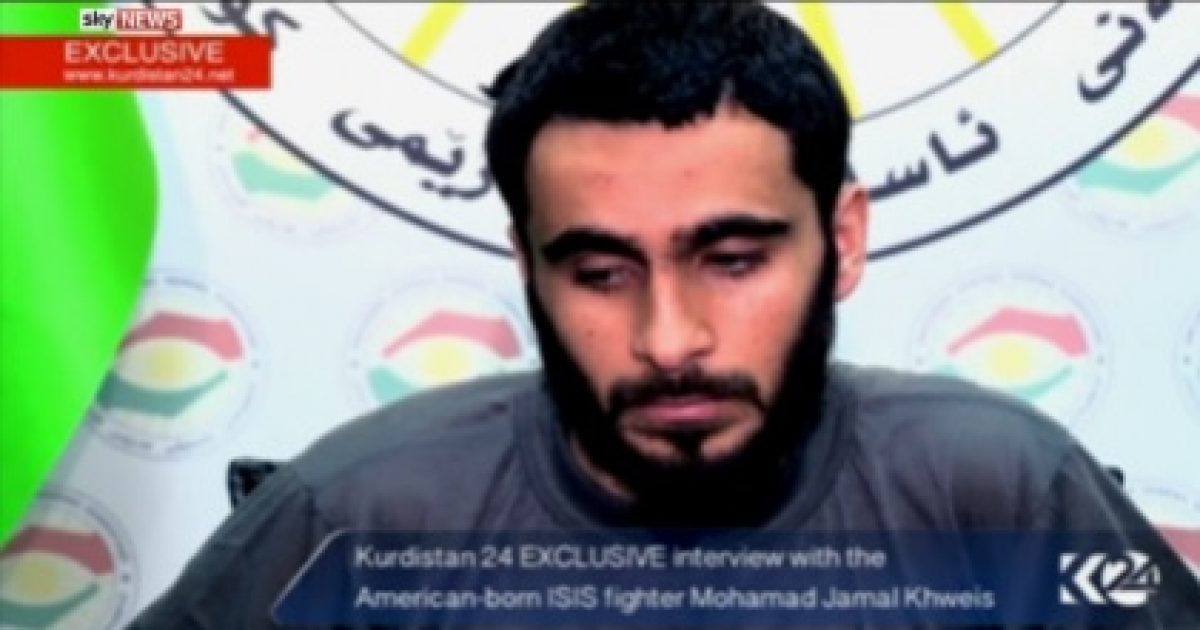 This American man defected from the U.S., joined an ISIS training camp, and then essentially quit ISIS over smoking.

He doesn’t seem to be a devout Muslim, nor does he seem to be particularly angry at Western culture. In fact, he seems to prefer it.

So why exactly did he join?

According to Voice of America:

“I made a bad decision to go with [a] girl and go to Mosul. … I wasn’t thinking straight,” Mohamad Jamal Khweis told an interviewer in Iraqi Kurdistan. The 26-year-old surrendered to Kurdish peshmerga fighters near the northern Iraqi city of Sinjar and has been held by them since Monday. Khweis, who was born in the United States and grew up in a Virginia suburb of Washington, was interviewed by Kurdistan24 television station in Irbil, a Kurdish city in northern Iraq.

… “It was pretty hard to live in Mosul. It’s not like Western countries. It’s very strict. There’s no smoking,” Khweis said during the interview, which also showed him puffing on a cigarette. “The lifestyle in Mosul was very difficult – not just for me, for everybody there. … I stayed there for about a month.”

“After things didn’t work out,” the young man said, “I didn’t see myself living in that environment. I wanted to go back to America.”

… “My message to the American people is the life in Mosul – it’s really bad. The people [who] were controlling Mosul don’t represent the religion. … I don’t see them as good Muslims.”

This might just be the understatement of the century.