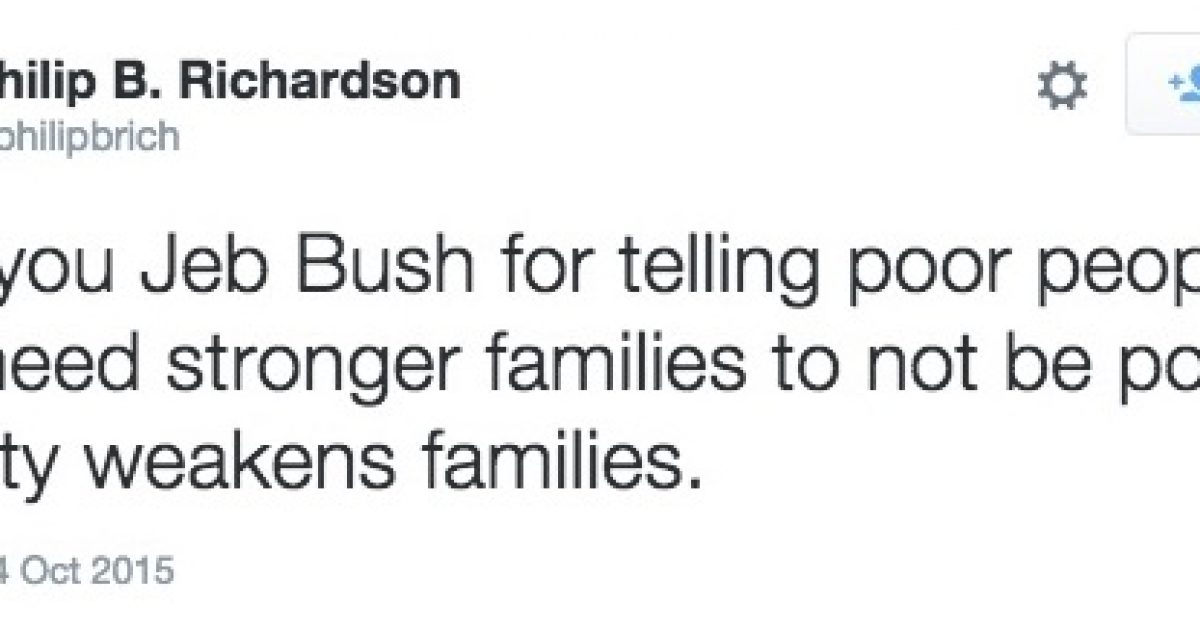 Ahh, the New York Times… “all the news that’s fit to print.” And if they run out of room, you can always post your progressive rant on Twitter!

Or at least that’s what this NYT writer did when he told Jeb Bush to **** himself on Twitter.

Jeb Bush hosted a town hall on Wednesday evening in Concord, New Hampshire, where he was asked about his proposals to address intergenerational poverty. As he delivered his answer, New York Times staffer Philip Richardson chimed in on Twitter… Richardson identifies himself on his Twitter profile and on his personal website as a New York Times employee, which perhaps explains why he has since deleted his Tweet.

Here is what the totally unbiased, 100% professional writer had to say:

It should be interesting to see how the New York Times handles this. Will they hold Mr. Richardson accountable, or give him a free pass and confirm the biases against Republicans that we all knew they held in the first place?