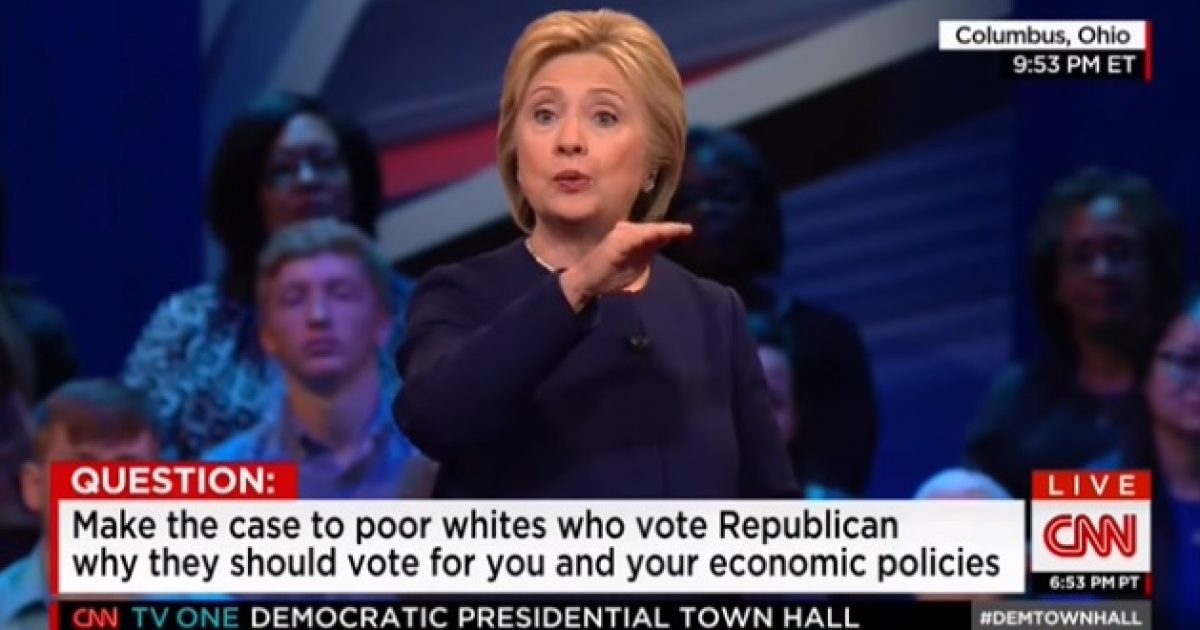 During a town hall in Ohio, Hillary Clinton openly admitted her election would mean lights out for the coal industry.

Hillary Clinton said that her policies would “put a lot of coal miners and coal companies out of business” during Sunday night’s Ohio town hall on CNN. Clinton was asked by TVOne’s Roland Martin about her Democratic primary success in states that tend to vote Republican in general elections, and he wondered how she could carry such states once matched up with a Republican rather than a far-left candidate like Sen. Bernie Sanders (I., Vt.).

Clinton has struggled against Sanders in states that voted for Barack Obama in 2012, losing such contests as Michigan, New Hampshire, Colorado, Minnesota and Maine. “I’m the only candidate which has a policy about how to bring economic opportunity using clean renewable energy as the key into coal country, because we’re going to put a lot of coal miners and coal companies out of business, right, Tim? and we’re going to make it clear that we don’t want to forget those people,” Clinton said.

“Going to?” Progressive policies have already shut down hundreds of coal plants across the country, putting thousands of Americans out of work. The Sierra Club-funded group Beyond Coal claims they have shut down over 189 plants so far, with approximately 334 more to go to reach their goal. They even have an interactive map on their website, boasting about how many plants have been “defeated.”

This isn’t a game. Progressives are tinkering with hard-working American jobs and our ability to power our homes consistently and affordably. They proved incapable of micromanaging the health care industry, why would they steer the energy sector towards disaster too?