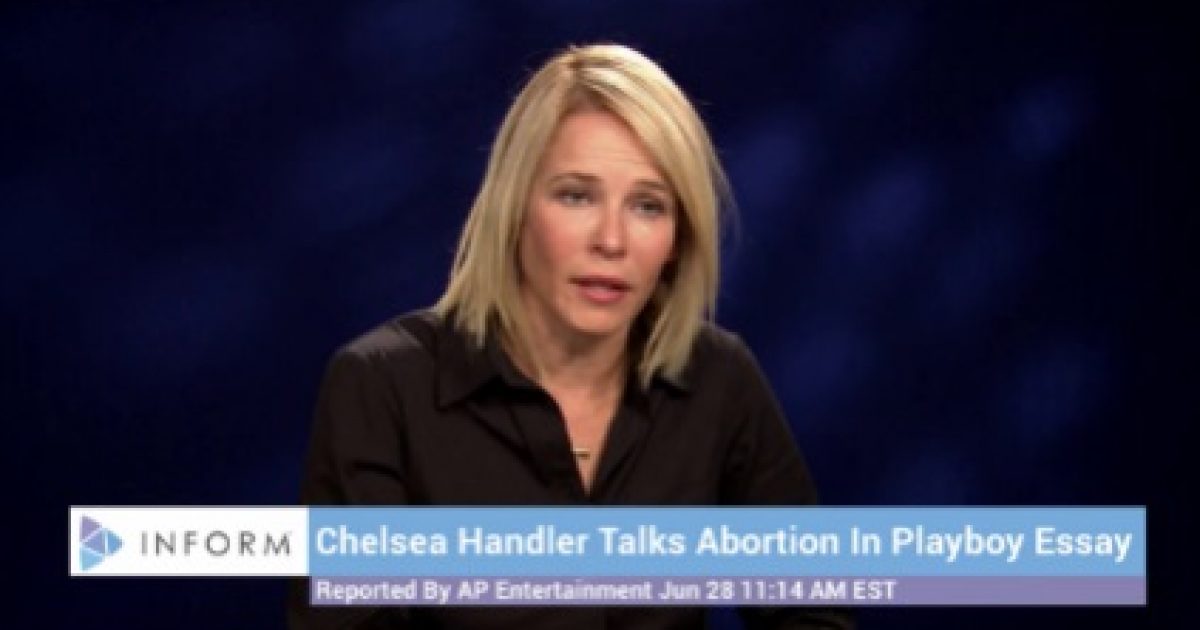 Comedienne Chelsea Handler talks a lot about sex in her stand-up comedy routines, but this stunning admission is no joke. The comic admitted to Playboy magazine that she had 2 abortions, in the same year, at the young age of 16.

Comedian Chelsea Handler revealed in a recent essay for “Playboy” that she had two abortions when she was 16. Handler wrote that when she realized she was pregnant, her parents “acted like parents for one of the very first times in my life and took me to Planned Parenthood.”

“I felt parented, ironically, while I was getting an abortion,” Handler wrote. “And when it was over, I was relieved in every possible way.”

Handler wrote that later that year she was “impregnated by the same guy” and had a second abortion. “I had to scrape together the $230 to pay Planned Parenthood, but it was a safe abortion,” she wrote. “Getting unintentionally pregnant more than once is irresponsible, but it’s still necessary to make a thoughtful decision.”

“We all make mistakes all the time,” Handler continued. “I happened to f*** up twice at the age of 16. I’m grateful that I came to my senses and was able to get an abortion legally without risking my health or bankrupting myself or my family. I’m 41 now. I don’t ever look back and think, God, I wish I’d had that baby.”

I’m not sure what is more disturbing, the fact that a child got 2 abortions in the same year, or her still seemingly cavalier attitude about ending 2 lives. Clearly, the only life Chelsea Handler cares about is her own.