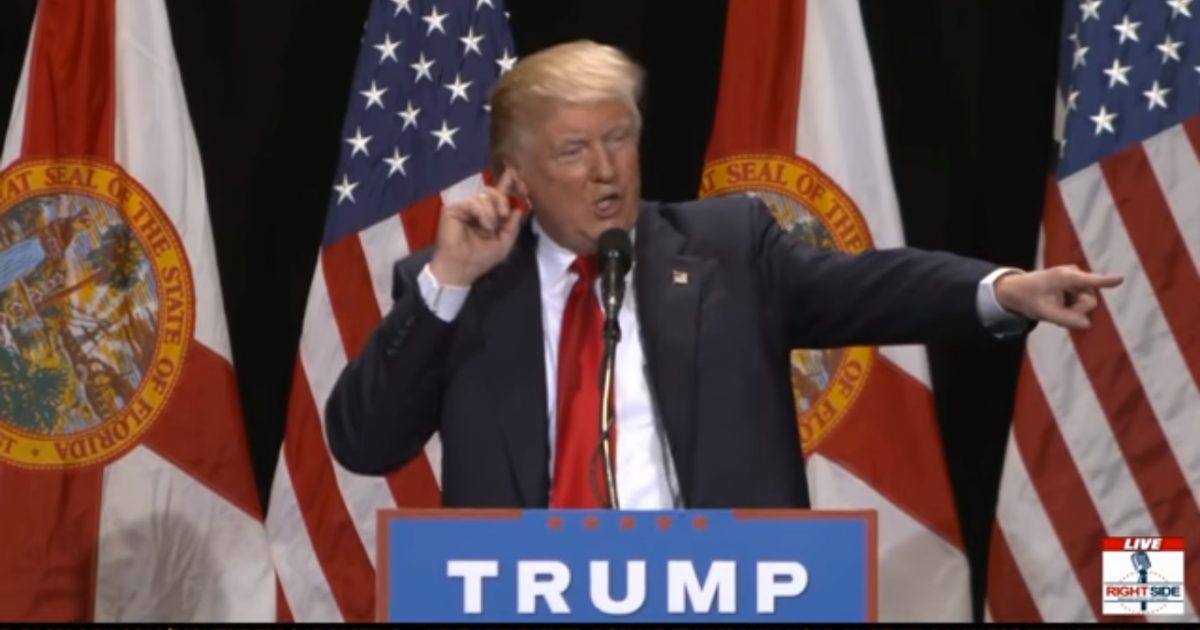 It’s the question on every GOP and every “still thinking about supporting Trump but not sure yet” voters mind… who will the Donald pick to fill the VP slot?

At a rally in Tampa today, Mr. Trump went the unconventional route (though I suppose, for Mr. Trump being unconventional is actually… conventional). Unlike other candidates whose #2 search is cloaked in secrecy and leaked in perfectly planned out press releases, Mr. Trump asked the crowd who THEY – the American people – would like to see as Vice President.

Former Speaker Newt Gingrich, Sen. Jeff Sessions (R-Ala.) and former Secretary of State Condoleezza Rice, all of whom have been mentioned as potential running mates, were the specific names Mr. Trump mentioned hearing from the crowd.

“I’ve never done this before. This is fun,” Trump said. “We have a lot of good people. You’ll be happy.”

Mr. Trump plans to announce his running mate in July at the Republican National Convention in Cleveland. Who would you like to see on the Trump ticket? Sound off in the comments below!