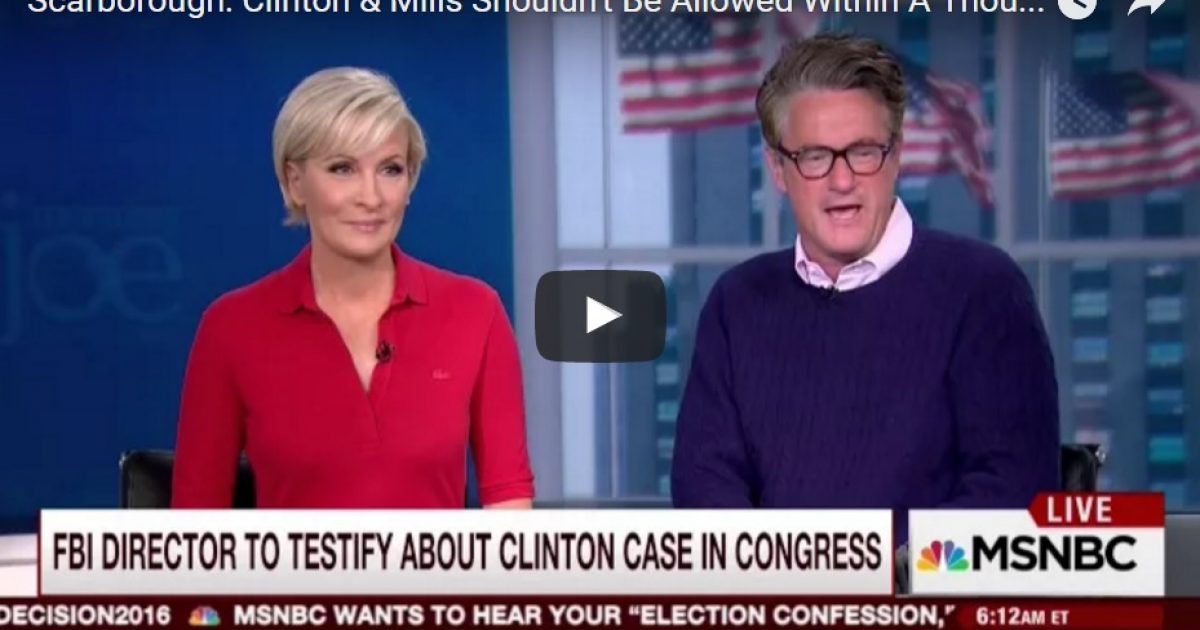 From the terror attack in Benghazi to blaming white people for the horrific police shooting in Dallas, Hillary Clinton has proven over and over again that she is unfit for the Presidency. Or the Vice Presidency. Or any other public office.

And now, in the wake of the FBI investigation into “Email Gate,” even the mainstream media is questioning whether Hillary should have access to classified information.

You know things are out of control when even MSNBC – MSNBC! – commentators say,

“Cheryl Mills should never, ever get within 1,000 miles of classified information ever again. It’s disgusting that an attorney would be that reckless, and somebody that’s been in government long enough to know better. Neither Hillary Clinton nor all the people around her should ever be within 1,000 miles of classified information, and if you don’t take my word for it, talk to anybody in the intel community to see just how reckless they were.”

So how do we keep Hillary Clinton and her privileged pantsuit 1,000 miles from classified information? Indictment would be a good start. Jail time would be best. I mean, that’s what usually happens to criminals, right?

Unless, of course, your name just happens to be Hillary Clinton. In that case, what applies to thee doesn’t apply to me. Must be nice to live above the law…