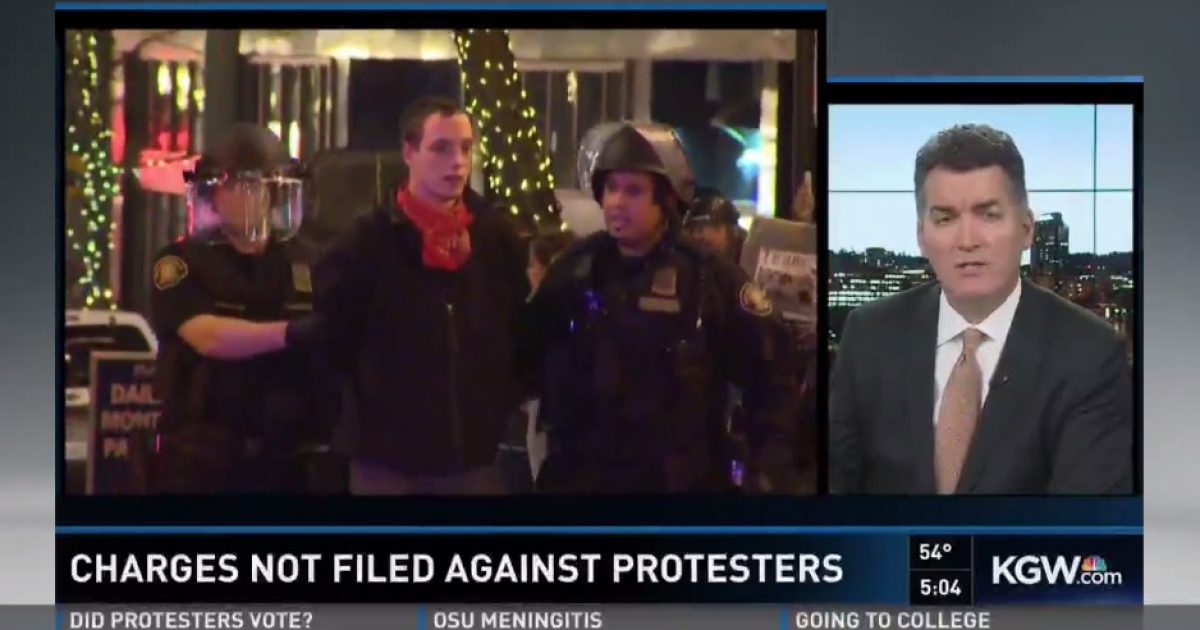 Rather than actually participating in the electoral process, some Oregon protesters would rather criticize the process from the sidelines.

More than half of the anti-Trump protesters arrested in Portland didn’t vote in Oregon, according to state election records. At least sixty-nine demonstrators either didn’t turn in a ballot or weren’t registered to vote in the state.

KGW compiled a list of the 112 people arrested by the Portland Police Bureau during recent protests. Those names and ages, provided by police, were then compared to state voter logs by Multnomah County Elections officials. Records show 34 of the protesters arrested didn’t return a ballot for the November 8 election. Thirty-five of the demonstrators taken into custody weren’t registered to vote in Oregon.