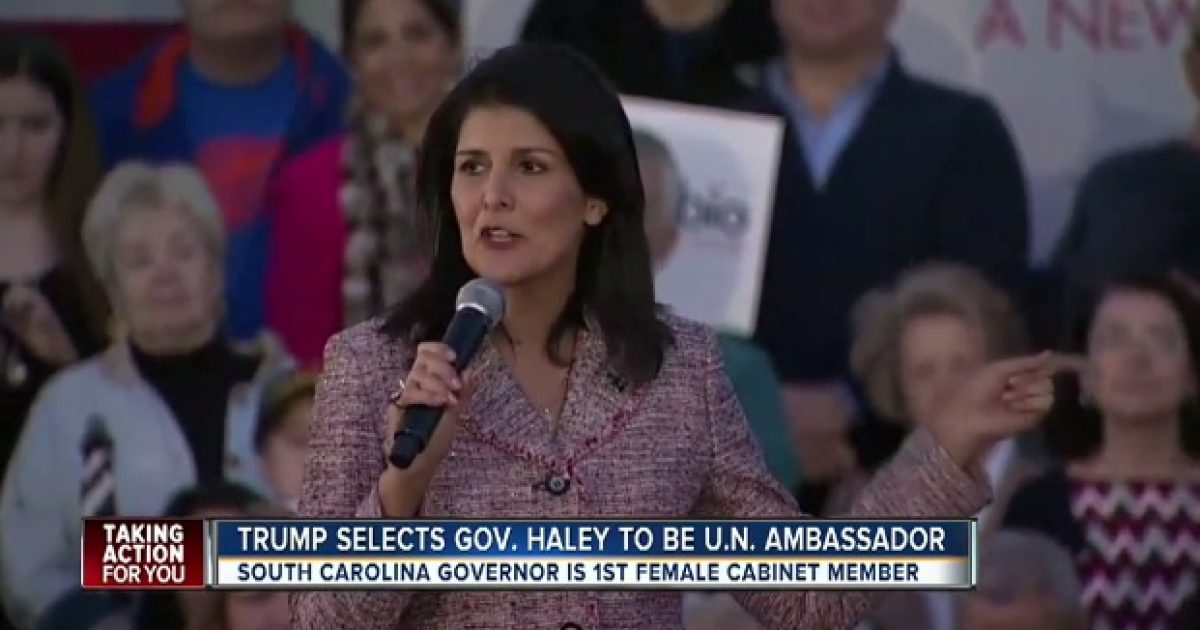 President-elect Donald Trump’s administration continues to grow, this time with the selection of South Carolina Gov. Nikki Haley to be ambassador to the United Nations.

Haley, who is the daughter of Indian immigrants, has already carved out a legacy for herself, serving as her home state’s first female and first minority governor. Once considered a potential vice president pick, Trump’s tapping of Haley, 44, further raises the profile of a rising star in a party whose leaders are increasingly attempting to attract more minorities and women.

In a statement released Wednesday, Haley said the US “faces enormous challenges” both at home and internationally. She cited a “sense of duty” in accepting Trump’s offer. “When the President believes you have a major contribution to make to the welfare of our nation, and to our nation’s standing in the world, that is a calling that is important to heed,” Haley said. “The second is a satisfaction with all that we have achieved in our state in the last six years and the knowledge that we are on a very strong footing.”

Governor Haley released the following statement to her constituents:

The selection is already receiving praise from political commentators and GOP leaders on Twitter:

Congratulations to my friend @nikkihaley. A great choice by @realdonaldtrump.

Congratulations to @nikkihaley for being appointed to United States Ambassador to the United Nations. ??? pic.twitter.com/wBM0ivOrrj

Don't care if @nikkihaley has little foreign policy experience. She's not: a jerk; a white supremacist; a peddler of fake news. She's great!

Nikki Haley is a good pick for several reasons; one is that it's a terrific "F__ You" from Trump to the alt-right.https://t.co/tWtPABxAb4

Congratulations to my Governor of the Great State of South Carolina @nikkihaley for accepting the Ambassador of the United Nations post.