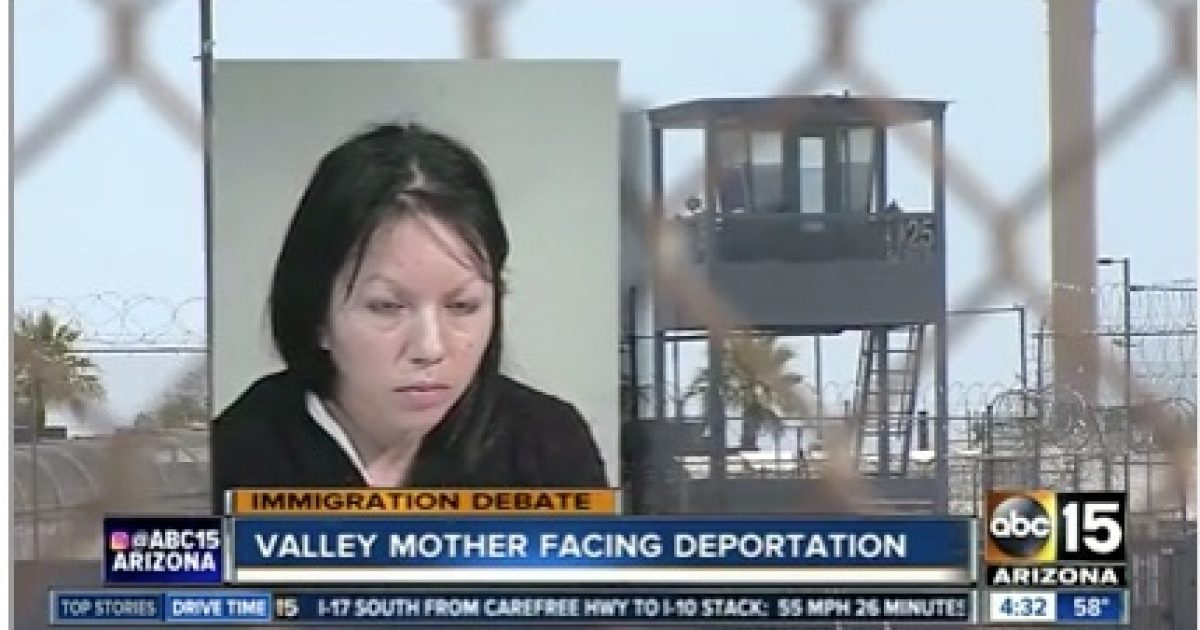 An executive order addressing deportation of illegal aliens by President Trump is having an impact.

The order encourages deportation of individuals convicted of crimes – not just violent crimes.

It appears the application of Trump’s order is being applied to Garcia de Rayos – a woman that was convicted of holding a fraudulent social security card.

For eight years, Guadalupe García de Rayos had checked in at the federal Immigration and Customs Enforcement office here, a requirement since she was caught using a fake Social Security number during a raid in 2008 at a water park where she worked.

Every year since then, she has walked in and out of the meetings after a brief review of her case and some questions.

But not this year.

On Wednesday, immigration agents arrested Ms. Rayos, 35, and began procedures to send her back to Mexico, a country she has not seen since she left it 21 years ago.

Her arrest drove protesters to the streets resulting in a number of arrests.

The Arizona Republic reported on the protest:

In anticipation that Garcia de Rayos could be taken into custody, the group Puente Arizona organized a rally outside the Central Avenue offices of ICE earlier Wednesday. The group advocates to stop the deportation of undocumented immigrants.

As Garcia de Rayos walked through the gates towards the building, some supporters yelled out in Spanish, “We are with you, Lupe.” Others locked arms, while some cars honked as they drove past.

“To me this is an injustice,” said Jacqueline, standing outside the building in tears. “She has always worked to give us a good education.”

Vaughan, however, disagreed that it would be unfair to deport Garcia de Rayos. She said Garcia de Rayos should not be allowed to stay if she has no legal standing to remain despite her long ties.

In the end, seven individuals were arrested.

This case is sure to ignite a backlash from progressives but we must be a nation of laws.