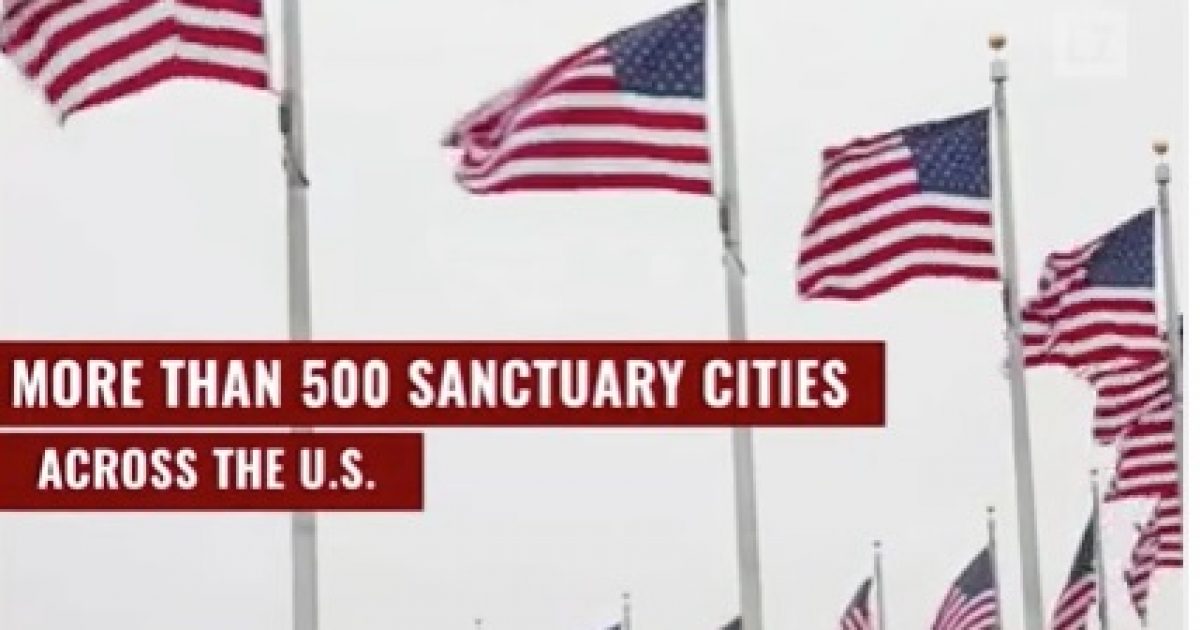 With the ObamaCare replacement bill and Trump’s claim about wiretaps dominating the news, the public largely missed a report on sanctuary cities.

According to a list assembled by The Ohio Jobs & Justice Political Action Committee, there are about 500 sanctuary cities in the U.S.

Nearly 500 jurisdictions are now sanctuary cities, according to a group that’s tracked the issue for more than a decade, and who said there’s been a massive surge in the number of places trying to thwart federal immigration agents since President Trump’s election.

The Ohio Jobs & Justice Political Action Committee has added more than three dozen new cities and counties to its list in 2017 alone, as jurisdictions rush to try to shield illegal immigrants from what they expect to be a new push for deportations under Mr. Trump.
“More will be coming,” said Steve Salvi, founder of OJJ. “A lot of communities now, there’s resolutions in the works and citizens groups encouraging city councils to pass them.”

As reported by PoliZette, Trump’s executive order addressing sanctuary cities could cost noncompliant cities up to $870 million in federal funds.

Trump’s executive order instructed the Department of Homeland Security to identify funding sources that could be cut off to cities and counties that refuse to cooperate with ICE. Homeland Security Secretary John Kelly followed that up last month with specific guidance on the issue.

The rise in the number of sanctuary cities shows cities are defying the president and the majority of Americans that oppose safe zones for illegal residents.

Trump must pull funding to show the cities he means business.