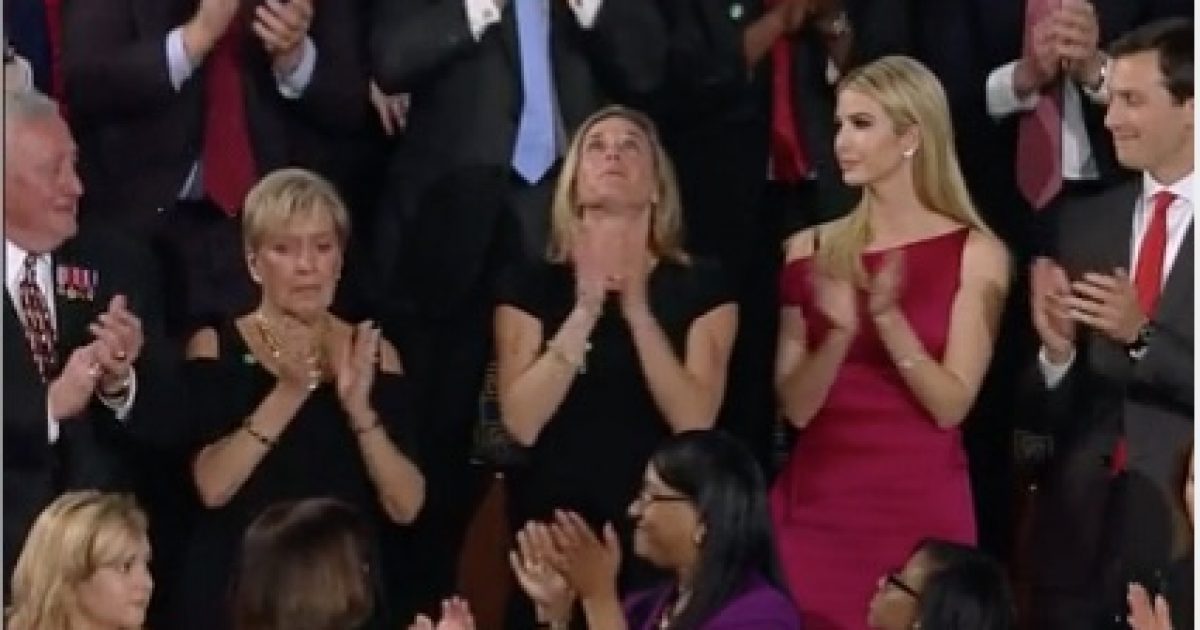 President Trump gave an amazing tribute to Ryan Owens, the Navy Seal recently killed in a raid in Yemen and honored his memory by having his wife Carryn attend his speech to the joint session of Congress.

We are blessed to be joined tonight by Carryn Owens, the widow of a U.S. Navy special operator, Senior Chief William “Ryan” Owens. Ryan died as he lived: a warrior, and a hero — battling against terrorism and securing our nation. I just spoke to General [Jim] Mattis, who reconfirmed that, and I quote, “Ryan was a part of a highly successful raid that generated large amounts of vital intelligence that will lead to many more victories in the future against our enemies.” Ryan’s legacy is etched into eternity. For as the Bible teaches us, there is no greater act of love than to lay down one’s life for one’s friends. Ryan laid down his life for his friends, for his country and for our freedom — we will never forget him.

It was an extremely emotional moment that drew a long standing ovation from the vast majority of attendees but not all.

Not honoring an American hero is despicable and an outrageous display of callousness that speaks volumes about the lack of character by leading Democrats.