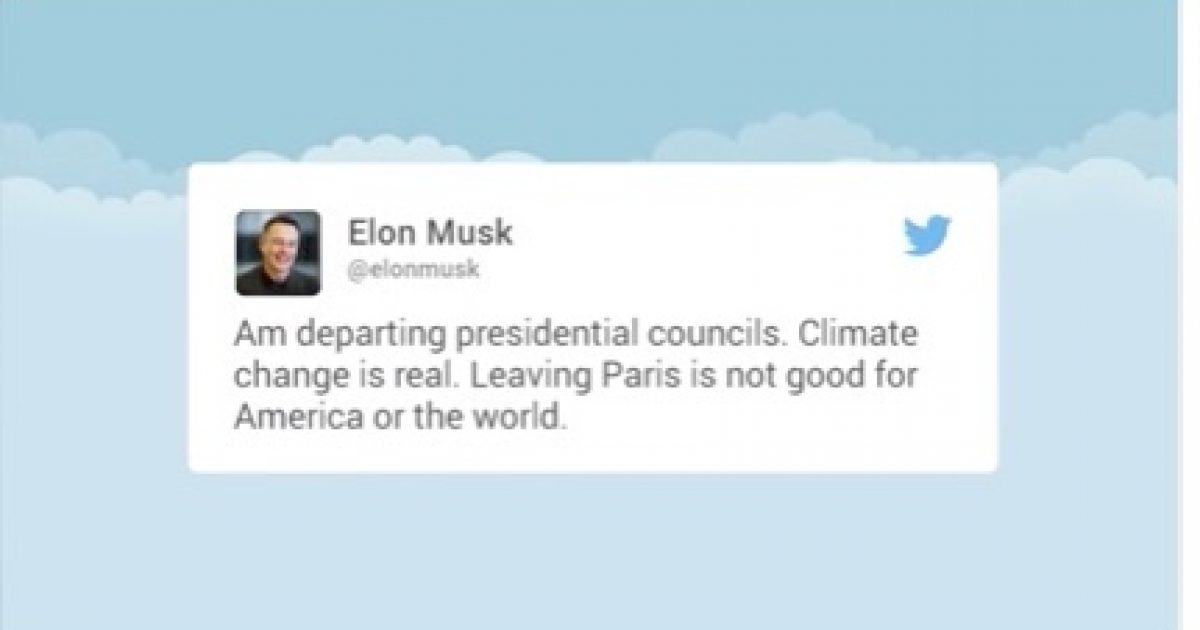 A number of CEOs used Twitter to blast President Trump over his decision to have the U.S. leave the United Nations Climate Change Agreement.

In addition, the head of Disney Bob Iger and Elon Musk of Tesla used Twitter to announce they were leaving Trump’s business advisory group over his Paris agreement decision.

The business elite is upset because many of them were hoping to profit from climate change regulations and big government.

In 2015, The Los Angeles Times wrote about the huge sums of money Musk got from government subsidies.

Tesla Motors Inc., SolarCity Corp. and Space Exploration Technologies Corp., known as SpaceX, together have benefited from an estimated $4.9 billion in government support, according to data compiled by The Times. The figure underscores a common theme running through his emerging empire: a public-private financing model underpinning long-shot start-ups.

“He definitely goes where there is government money,” said Dan Dolev, an analyst at Jefferies Equity Research. “That’s a great strategy, but the government will cut you off one day.”

The CEO reaction is not about concerns of climate change but it’s the fear of losing special interest influence in Washington D.C.