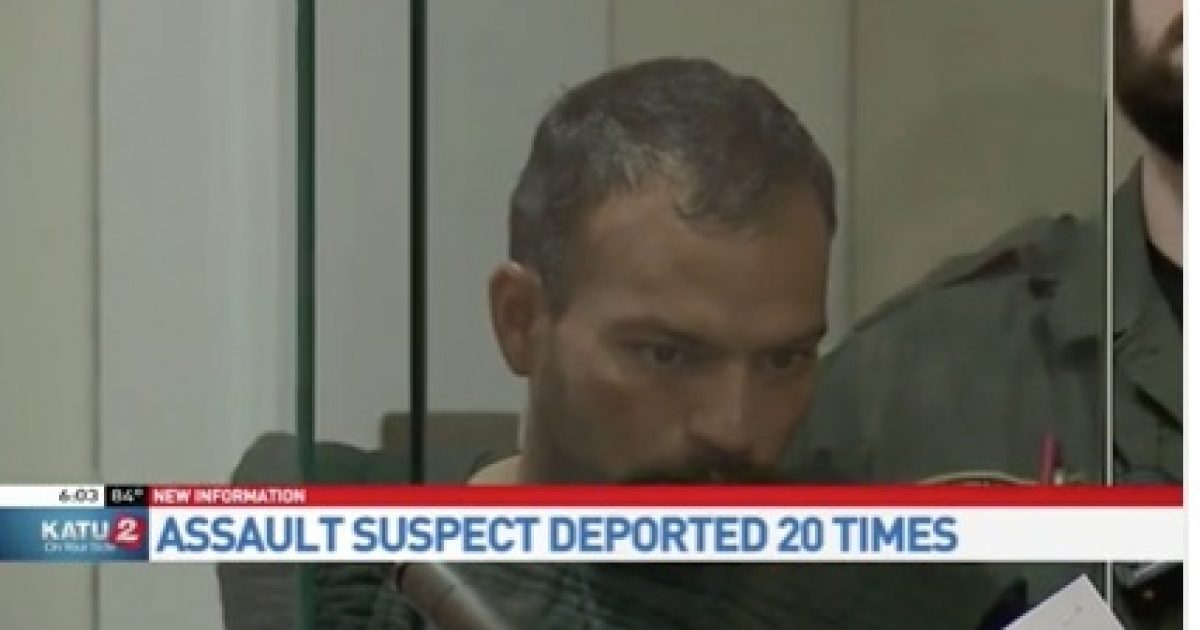 An illegal alien deported 20 times and protected by the sanctuary city policy of Portland, Oregon, was arrested for sexual assault.

Sergio Jose Martinez is allegedly responsible for stealing a woman’s car after sexually assaulting her in her home.

The local enforcement ignored a request from federal authorities to detain Martinez in 2016.

Martinez has at least five probation violations for re-entering the United States. His most recent removal was in November 2016, according to the March court documents.

Immigration and Customs Enforcement (ICE) lodged an immigration detainer against Martinez, asking authorities to notify them before releasing Martinez to allow ICE to take him into custody. The Department of Homeland Security said a detainer was requested for Martinez in December 2016, but he was released into the community and authorities did not notify ICE.

The story notes earlier in the year local law enforcement touted their sanctuary city policy, “The Sheriff’s Office does not hold people in county jails on ICE detainers or conduct any immigration enforcement actions.”