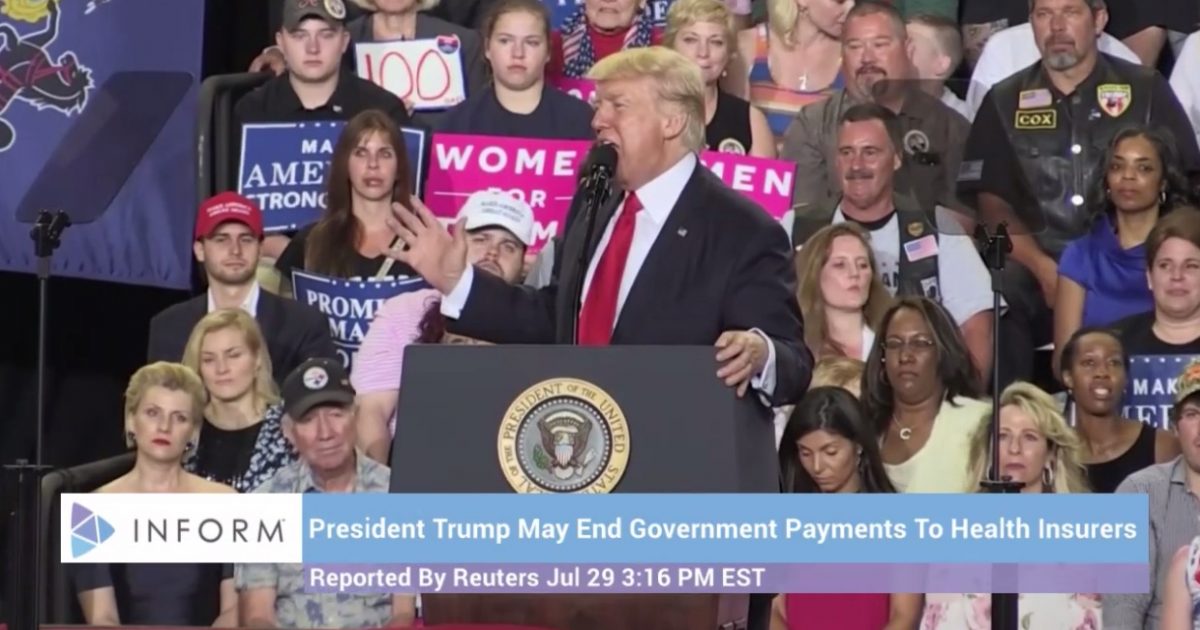 President Trump is threatening to pull special ObamaCare treatment for members of Congress and staff.

President Trump threatened both lawmakers and the insurance market on Saturday, warning their “bailouts” will end “very soon” if Congress don’t pass a bill to repeal and replace Obamacare.

Former President Obama gave Congress a break by allowing them the ability to classify as a small business and obtain a subsidy from taxpayers.

An Op-Ed in The Wall Street Journal explains:

Members of Congress and their designated “official office” staff are insured through the District of Columbia’s small business exchange—but they receive a one-of-a-kind subsidy from their employer (taxpayers) of up to $12,000, or about 70% of their premiums.