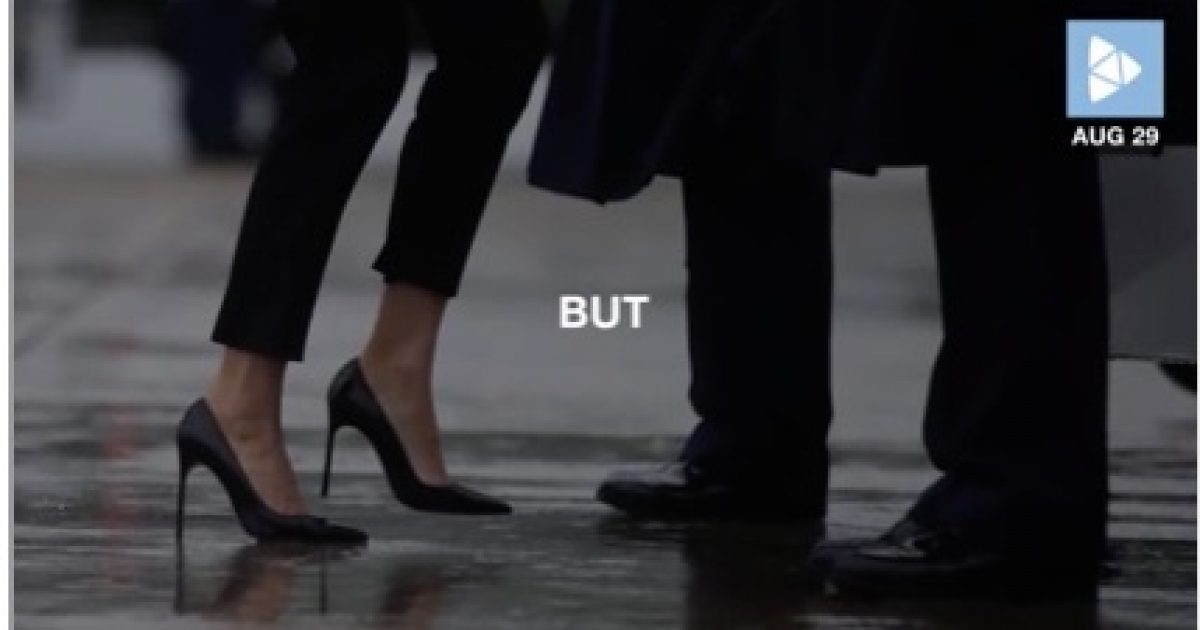 In the eyes of the media, President Trump can do nothing right.

In addition to blasting Trump any time they can, the media is now obsessing about the First Lady’s shoes.

And like her husband, Melania is not afraid to punch back.

While residents in Houston and beyond are grappling with catastrophic flooding from Hurricane Harvey, media outlets and celebrity comedians spent Tuesday morning mocking the first lady over the high heels she was seen wearing while leaving Washington with President Trump.

“It’s sad that we have an active and ongoing natural disaster in Texas, and people are worried about her shoes,” the first lady’s Communications Director Stephanie Grisham told Fox News via email.

The first lady was seen in the outfit while heading to Air Force One Tuesday morning. The White House pool report described the first lady as wearing “black cigarette pants, an Army green bomber jacket, aviator sunglasses, and high pumps.”

Melania is extremely popular so the media’s efforts to criticize her will backfire.