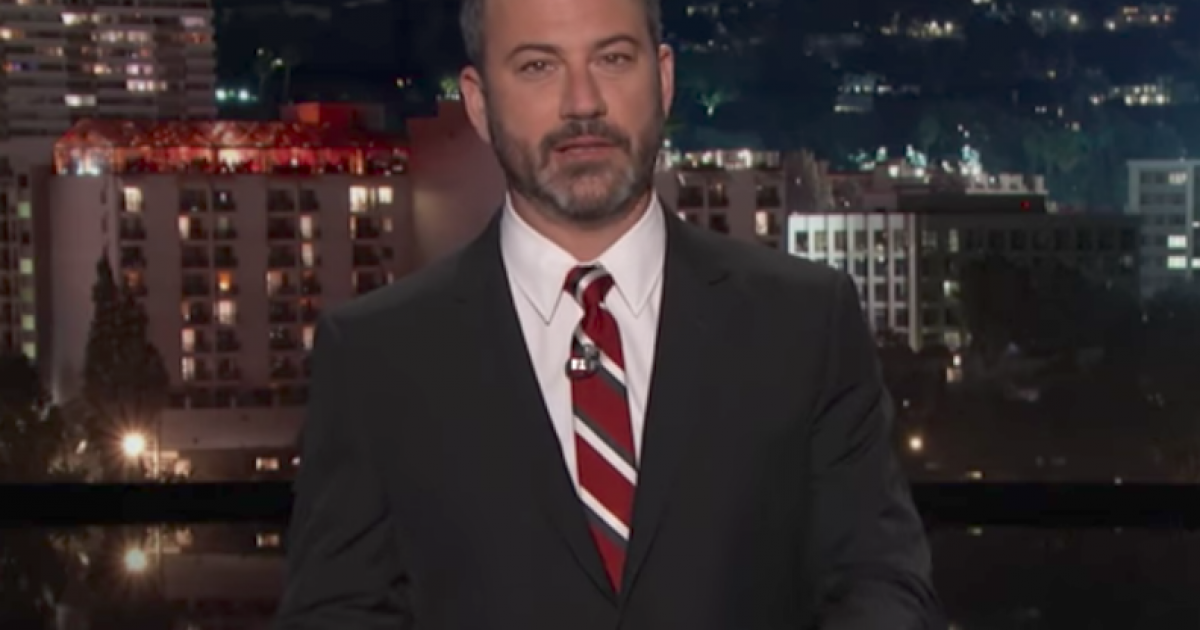 Jimmy Kimmel became a health care advocate last April when he used his infant son that required heart surgery to advocate for keeping the pre-existing condition aspect of ObamaCare. Kimmel claimed without ObamaCare his son might be uninsurable.

Earlier in the week, Kimmel blasted Senator Bill Cassidy (R-LA) over the ObamaCare replacement bill and then threatened Fox News host Brian Kilmeade because he criticized Kimmel for driving a political agenda on the late-night show.

Kimmel, a fierce proponent of the healthcare law, received many rebuttals for his political statement notably FOX & Friends host Brian Kilmeade. Kilmeade called Kimmel a member of the “Hollywood elite” for “pushing” politics. Wednesday night on Jimmy Kimmel Live, the host set his aim at the FOX host and let loose.

Kimmel said the FOX host “kisses my ass like a little boy meeting Batman” whenever the two cross paths and claimed he is “dying” to be a member of the “Hollywood elite.”

“The reason I’m talking about this is because my son had an open-heart surgery and has to have two more, and because of that I learned there are kids with no insurance in the same situation,” he said.

“I don’t get anything out of this, Brian, you phony little creep. Oh, I’ll pound you when I see you,” Kimmel threatened.

Kimmel is also a big critic of President Trump including calling the president unhinged.

“It was supposed to be a press conference about infrastructure, and it ended with our president making an angry and passionate defense of white supremacists,” said Kimmel. “It was like if your book club meeting turned into a cockfight. It really was remarkable.”

“I feel like I can say this with reasonable certainty: the president is completely unhinged,” he added. “The wheels are off the wagon and hurtling toward the moon right now.”

Kimmel went on to criticize Trump voters and added it was time for Trump “to go.”

Politics is very emotional even to the point where a late-night host threatened another TV personality.

With emotions riding high it makes it very difficult to have a substantive debate about policy.