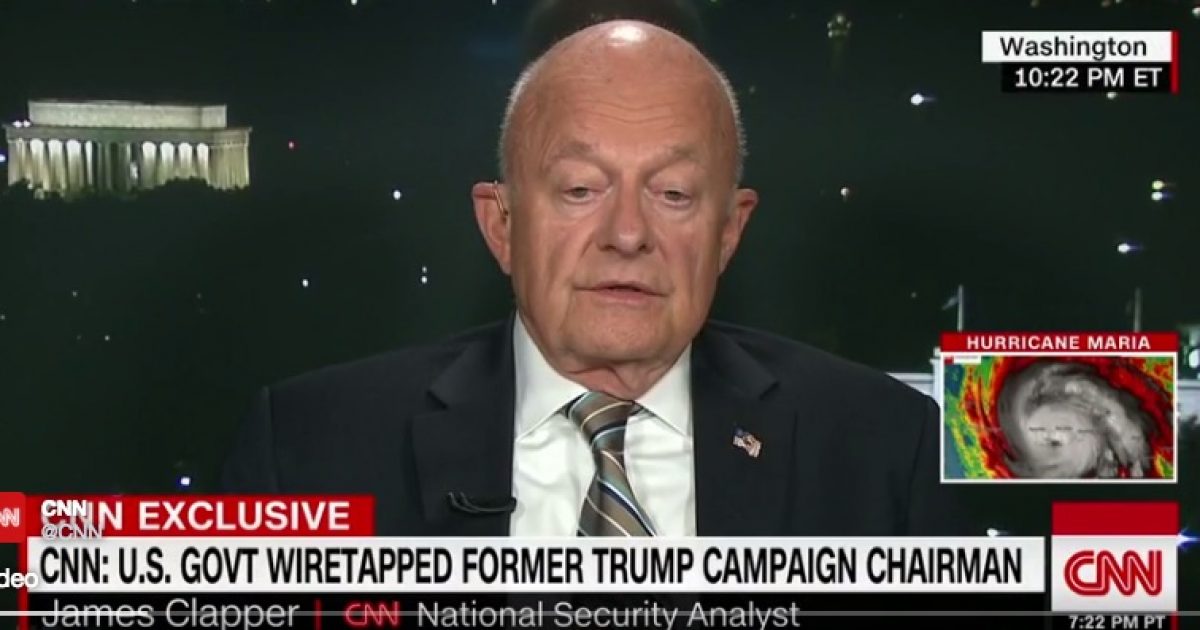 Former Director of National Intelligence James Clapper suggested on Wednesday that “it’s possible” that President Trump’s voice was picked up in a wiretap as he spoke with his former campaign manager Paul Manafort.

What we know makes is more than “conceivable” or “possible.”

We know the FBI was wiretapping Trump’s former campaign head Paul Manafort before and after the 2016 presidential election. We also know Manafort was talking with Trump during that period of time.

Using deductive reasoning it would be highly unlikely if the FBI surveillance did not pick up conversations between Trump and Manafort.

The new revelations are based on a CNN story that reported Manafort was wiretapped by the FBI.

US investigators wiretapped former Trump campaign chairman Paul Manafort under secret court orders before and after the election, sources tell CNN, an extraordinary step involving a high-ranking campaign official now at the center of the Russia meddling probe.

The government snooping continued into early this year, including a period when Manafort was known to talk to President Donald Trump.

Importantly, as CNN notes the head of the Justice Department and the FBI are involved to obtain the court order:

Such warrants require the approval of top Justice Department and FBI officials, and the FBI must provide the court with information showing suspicion that the subject of the warrant may be acting as an agent of a foreign power.

The evidence shows the Obama Administration was spying on the opposition political party before and after the election.