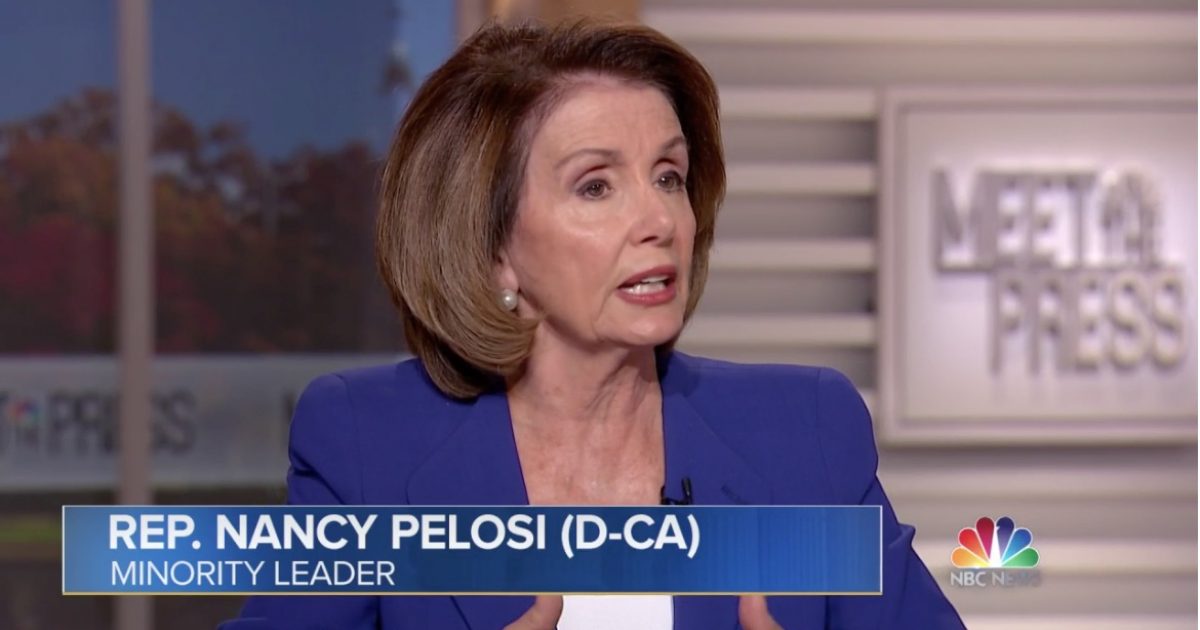 Pelosi emphasized the need for due process and noted Conyers’ past support for legislation supporting women’s rights.

Pelosi made her comments on “Meet the Press” on NBC News.

House Democratic Leader Nancy Pelosi on Sunday urged “due process” before making conclusions about Rep. John Conyers, D-Mich., following accusations of sexual harassment, saying the 27-term Congressman is “an icon” who has worked to protect women.

“We are strengthened by due process. Just because someone is accused – and was it one accusation? Is it two?” Pelosi said on “Meet The Press.”

“His accusers have to accept an apology,” Pelosi said. “The victims have some say in all of this, as well. And that has happened in the past. People have accepted an apology, as is coming forth now that I see in the press.”

Pelosi is sending a message to other Democrats not to call for the resignation of the Democrat politicians caught up in sexual harassment.