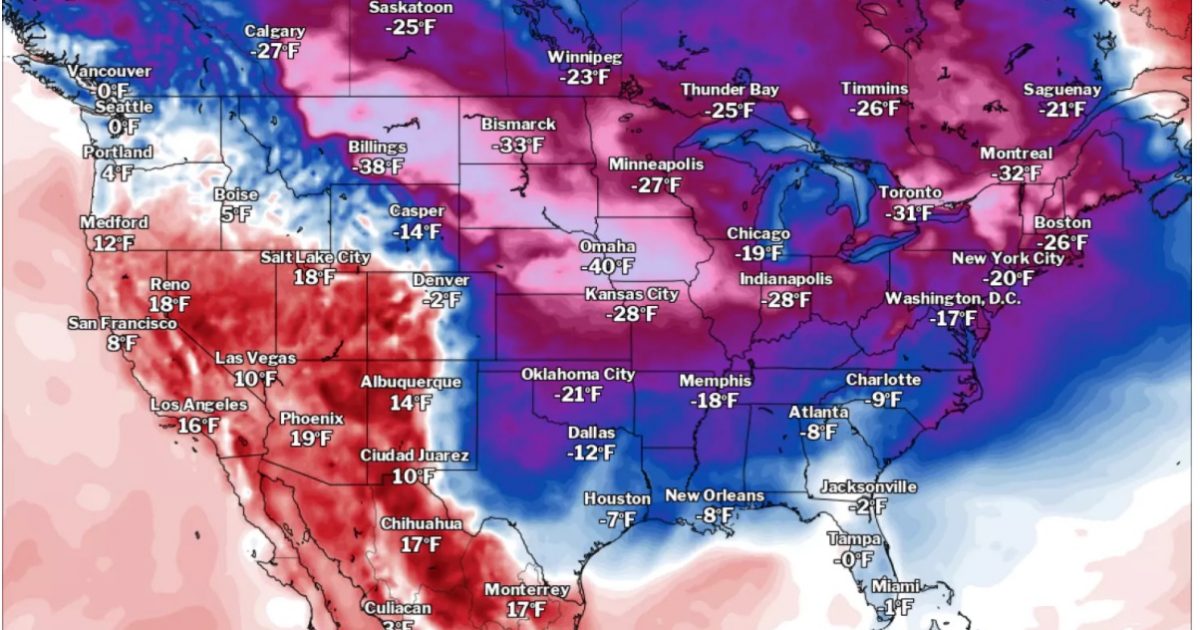 The over-dependence on natural gas is exacerbated by environmental activists who are blocking construction of new pipelines resulting in supply constraints.

As we know from economics, high demand and low supply equals higher prices.

The rising cost comes as many in the Northeast have switched from heating oil to natural gas and much more of the electricity in the region is coming from natural gas-fired power plants.

The soaring prices had analysts and consumer groups saying this year’s cold snap could far surpass that of the polar vortex of January 2014.

My Conservative Review commentary posted earlier this year, explained the problems facing New England because of its lack of energy diversity.

According to ISO New England (nonprofit corporation responsible for electricity pricing and supply), in 2016, almost 50 percent of electricity was derived from natural gas, followed by nuclear at 31 percent, renewable 9.7 percent, hydroelectric 7.1 percent, and coal 2.4 percent. On the surface, New England electricity generation energy sources appear diverse and climate-change-friendly, but what’s not seen is a cause for concern.

The 2016 long-term reliability assessment by the North American Electric Reliability Corporation (NERC) — the regulatory authority for the electricity grid — warns New England about its energy diversity risk. The report concludes that New England is projected to have adequate power for the future, but it also stated the region’s “increased reliance on natural gas … indicate[s] a medium resource adequacy risk, particularly during the winter peak season.”

The natural gas dependency risk, as outlined in the report, is due to limited pipeline and natural gas storage capacity, meaning the energy infrastructure is lagging behind demand for this fuel.

As 2017 turns to 2018, the most frigid New Year’s weather in decades will infiltrate the eastern two-thirds of the nation.

The latest and most potent in a series of Arctic blasts is set to crash into the north central United States on Saturday and reach the Eastern Seaboard on Sunday. The blast will uncork piercing cold that will cover enormous territory by Sunday night. From Billings to Boston in the north and from Oklahoma City to Washington to the south, temperatures will average 15 to as many as 50 degrees below normal.