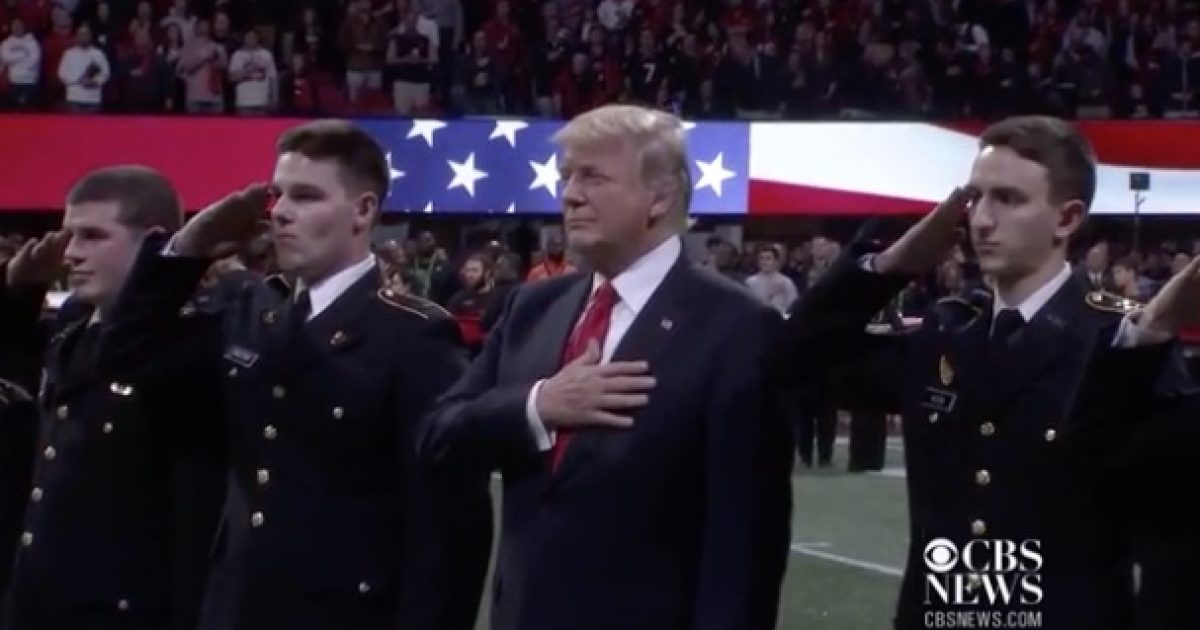 Even a college football playoff game is fair game for leftist activists to advance their anti-Trump agenda.

The Atlanta NAACP chapter posted a Facebook announcement for fans attending the College Football Playoff national championship game between the University of Alabama and the University of Georgia to protest President Trump who was planning to attend the event.

Amid the crimson, white, red and black during the national college football championship in Atlanta on Monday, the NAACP wants to see fans wave a white towel to simulate a blizzard of “snowflakes” to send a message to President Trump.

The president plans to attend the event, and Atlanta’s NAACP chapter said on its Facebook page that it wants fans inside the stadium for the College Football Playoff title game to send him a message by waving white towels “simulating a blizzard.”

“We will not let the President’s visit go without a response. If you are lucky enough to attend the game, we encourage you to bring a white towel to wave simulating a blizzard while the president is in the packed stadium,” the group said. “Trump supporters mockingly call the opposition snowflakes, but when we come together we create a mighty storm.”

The crowd ignored the NAACP and other leftist activists resist Trump agenda by greeting President Trump with a standing ovation.